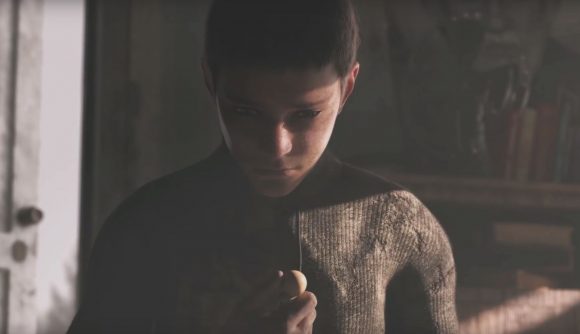 For a long time after PUBG launched, it appeared that the game was devoid of any attempt to tell a wider story. That all changed last week, however, as a trailer for the game’s next season revealed that PUBG has lore now – and it could be set to expand even further.

In an interview with PCGamesN, PUBG Corp studio director Brian Corrigan said that while telling a story within the tools provided by a battle royale game can be a challenge, “we’re thinking much bigger than that. We’re thinking ‘PUBG is a game, but PUBG is also this IP that we have.’

“A few weeks ago we announced a new studio and a new project that we’re building with [former Call of Duty exec] Glenn Schofield […] and a few months before that, Brendan [Greene, PUBG director] let loose that he’s also working on something new. As to what those [projects] are going to turn out to be, frankly, I don’t think everyone is really sure yet.” What Corrigan does now, however, is that PUBG will eventually grow to be “something much bigger than just the battle royale game.”

When asked what that could look like – a whole PUBG universe, for example – Corrigan said “well, maybe. Who knows? Yeah, I think I can say yes to that.”

What the projects in that universe might look like, however, is still anybody’s guess – including the staff at PUBG Corp. Corrigan says that the studio is “not really saying what they’re going to be yet, but it’s not necessarily because we’re trying to be cagey, it’s because we’re still trying to decide ourselves.”

“Since the beginning of this company, the idea was if we get really great people in a room and give them a lot of creative freedom and space to innovate, then cool things will come out. And the first thing that did come out was PUBG, which I think most people would say did pretty well. So we’re trying that model again with these new titles, but that’s where we’re at right now – we don’t really know what they’re going to be yet.”