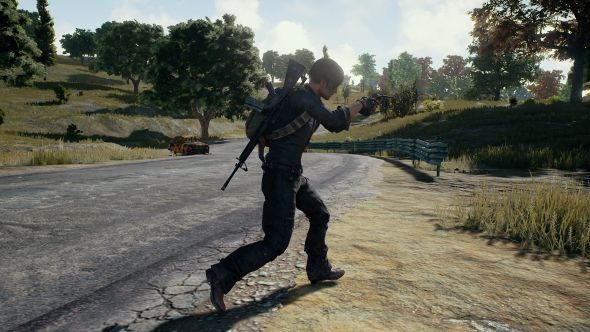 2017’s most viral release continues on with weekly and monthly patches. The Battlegrounds Twitter feed has some tidbits on the next couple of updates, as well as glances at what looks to be a new feature: cinematic melee takedowns with various weapons. On the patch front, client performance is being targeted for May 25, while June’s patch is for servers and lag.

Here’s how not to play Battlegrounds – just don’t do this and you’ll have all the chicken dinners you could ever want.

First up, those melee takedowns. Nothing has been properly announced, but the unknown player himself, Brendan Greene, has posted various mo-cap sessions on Twitter over the past couple of days. These include various melee-focused kill animations, armed and unarmed. Here’s a selection:

That person is very dead. But not as owned as this one:

Do hope that gets into the game. Here’s a couple of unarmed ones:

All of these come from behind, so it’s possible the new system will be for stealth kills only. This would make sense, as they’re pretty difficult to pull off in Battlegrounds’ third-person and hyper-aware setting. There’s a final session going on today so keep an eye out for further spoilers.

As for the coming patches, along with what we’ve already highlighted there will be a leaderboard wipe at the end of this month. This is planned to be the final total stats wipe, with details being available on a dedicated site afterwards.