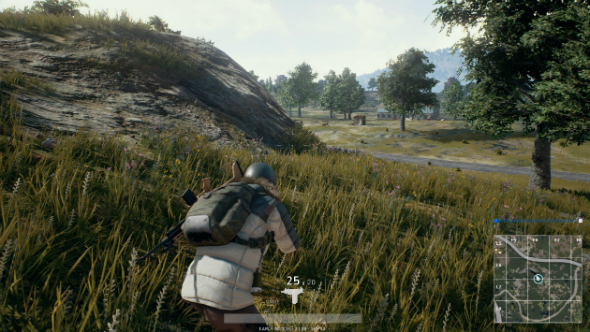 This might be the most tense PUBG match in history. Prominent PUBG streamer ‘Grimmmz’ just broadcasted a match where he restricted himself to only using pistols and a crossbow. He only went and won the thing.

Learn to stay alive in our list of the best survival games.

If you’ve ever played PUBG, you’ll know that it’s damn hard to even get a kill with a pistol and a crossbow in the game. Your best bet to win like this would be to avoid confrontation, but that’s just not Grimmmz’s style.

The first conflict happens at around 11 minutes in, with Grimmmz trying to find his range as he harasses a player who has no idea at all where the silenced shots are coming from. The dude is super stocked up, but the streamer just strips him of his meds.

His first crossbow kill comes 16 minutes in, to a player who’s seemingly oblivious. There’s another crossbow kill not long after.

Things get super tense towards the end, when the electric smoke is closing in and Grimmmz is facing off against well-equipped enemies and having to battle for space. It’s quite incredible to watch, and he comes out with the chicken dinner at the end of it all.