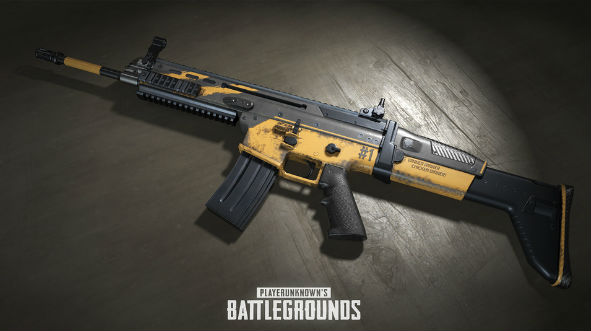 Weapon skins have come to PlayerUnknown’s Battlegrounds. New cosmetic items are now live in game, thanks to the addition of two new crates.

PUBG Corp posted on their forums to say that as well as the addition of weapon skins, players who log into the game before May 1 will be gifted the Year One anniversary skin for the SCAR-L Assault Rifle.

A variety of other skins are available, for weapons ranging from the R85 to the Crossbow. They can be unlocked through the newly-introduced Triumph and Raider lootboxes. The former is a non-random weekly crate that requires a key to open, but the latter will be free to open. There is a possibility, however, of unlocking duplicate items from the crates. You can apply skins you earn from these crates through a new tab within the game’s customisation menu.

Thanks to an update that went live last night, both the crates and weapon skins, including the anniversary SCAR, are available now, after a short stint on the test server.