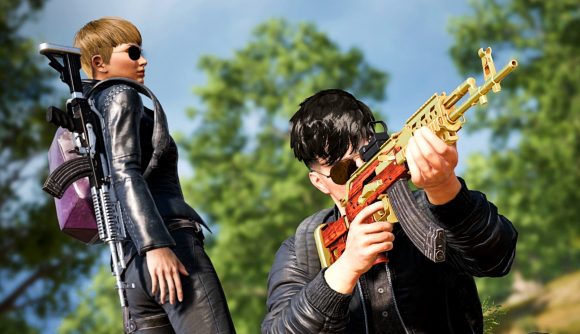 We now have a better idea when we'll be getting our mitts on PlayerUnknown's Battlegrounds' next Survivor Pass. With PUBG Season 11 kicking off just the other day, fans took to the battle royale's Discord server to query when the next Survivor Pass is coming.

One such fan got an answer from community manager Henry G, who explains that it'll be coming to PC and console in update 11.2. We just had update 11.1 last month, so you can expect the Survivor Pass to launch in PUBG's next big update. Update releases aren't too spread apart from one another, so the pass could arrive this month or next, we reckon.

If you've been out of the loop, Krafton recently revealed that it's changing up how it utilises the Survivor Pass. Before the latest season wrapped up, Krafton explained that the pass will now be independent of each season and will start and wrap up at different times. “Starting with Season 11, Survivor Passes will no longer be exclusively tied to the season itself,” the studio explained at the time. “Instead, they will run on their own timelines and have their own start and end schedules independent of the season.”

In other news, it’s April Fool’s Day – the most absurd time of the year to be doing news. Now and again, though, studios pull out something pretty neat. Krafton is one of them this year, creating an arcade spin-off for PUBG that turns the battle royale into a 2D shooter. Check it out below:

All your Battlegrounds belong to us.

Special shout out to Alexey Garkushin aka @_Gas13 for giving us the inspiration to develop POBG. pic.twitter.com/4QQfElAtoS

If you’re looking for the best battle royale games, you know where to click. Don’t have it yet? You can pick up PUBG on Fanatical if you fancy it.