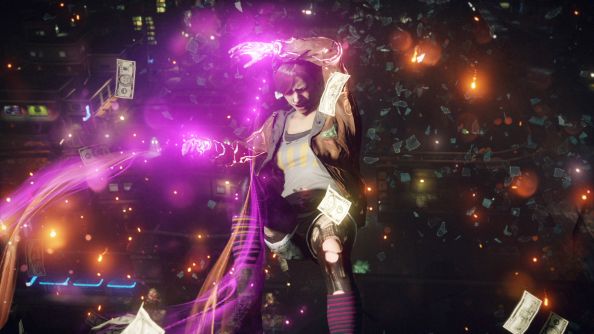 After initial excitement that Sony would be making it possible to stream the Playstation 4 to PC using their Remote Play function, then slight disappointment that it was a fan project, I’m now reinvigorated to discover that Sony are in fact working on the feature. What a rollercoaster ride. All caught up? Good. Sony President Shuhei Yoshida tweeted that an official application is in the works.

Up for causing some console-style chaos? There’s plenty of that on ourbest sandbox gameslist.

Some people asked if we plan to provide Remote Play function to PC, and yes, we are indeed working on an official application for PC/Mac. 😀

There’s no further information at this time, but the feature has been available on PS Vita for handheld, Playstation TV for multi-room gaming and various Sony phones for mobile stuff since launch. Some are hoping that this diversification of the feature will mean it becomes available on non-Sony phones too.

Meanwhile, Twisted’s unofficial version is on sale via his website now. Exactly where he stands after this latest announcement isn’t clear, and he’s yet to make a post detailing his further plans. It might be worth holding off to find out, at the very least.

Original Story, 24th Nov 2015:The PS4’s remote play function has changed my life. Well, changed the room I live my life in. Instead of fumbling through Assassin’s Creed: Unity missions on the couch, I swore from the comfort of my bed, clutching a Vita. Now somebody’s had the bright idea that the PlayStation’s catalogue might be better beamed to your PC instead.

See the very unofficial Remote Play adaptation demoed with something you definitely won’t be playing on your PC otherwise – inFamous: First Light:

There’s a basic GUI in there, along with hardware accelerated video and V-Sync. Consequently it runs rather smoothly – smoother than it appears on YouTube post-conversion, anyway.

You can map controllers or joysticks to fit the PS4’s best games if you’re so inclined, although the lag makes mouse and keyboard a bit of a faff for the time being.

Twisted, the magician behind this dark magic, has been working on Remote Play PC part-time for the year or so since he released a version for Android. He’s planning to put it out on Wednesday, and charge £6.50/$10.

“Sadly it’s the only way to support my living costs,” Twisted explains. “I’d like to work on this project full time, adding features, getting it stable and porting it to other platforms which I know a lot of you want.”

I do wonder whether that fee is a more difficult ask on PC than on Android, where I happily bought a Spectrum emulator in the context of the Google Play store this weekend. But maybe you’d make good use of a desktop PS4?