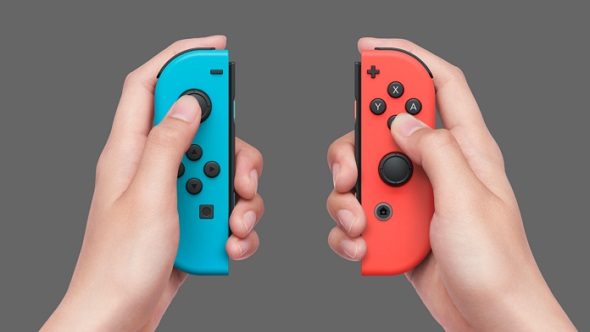 With the discovery that the Nintendo Switch’s Pro Controller works natively with PC, people have naturally been testing to see if the console’s trademark Joy-Con controllers are also compatible on PC. Well, with a bit of jiggery pokery with a program like JoyToKey, you can use the Joy-Con to play games on PC.

If the Joy-Con brings no joy, try out these other PC controllers.

Discovered by French site Nintendo Actu and tested by The Verge, you can pair Joy-Con controllers over Bluetooth to use as standard controllers. For WIndows and Android devices, you have to use something like JoyToKey in order to set up key bindings while on Mac, the Joy-Cons are natively recognised as Bluetooth controllers.

While not totally surprising seeing as most console controllers can be linked via Bluetooth, it does open up some interesting possibilities for indie developers looking to use the unique functionality of the Joy-Con, like its infamous HD Rumble.

With quite a few indie developers like Chucklefish and Image and Form releasing their titles on the Nintendo Switch first, it will be intriguing to see if they will port any of the Joy-Con exclusive gimmicks over to PC. At present, you can only use one Joy-Con to play a game, rather than using two at the same time to act like a complete gamepad.

Though, I don’t see why many people would naturally use a Joy-Con over an Xbox or PS4 pad to play PC games. Besides for local multiplayer, the single Joy-Con is just too small and fiddly to have any fun with in an extended play session. I say this, but we’ll no doubt see someone beat Dark Souls in the next few weeks by using a Joy-Con strapped to their foot.