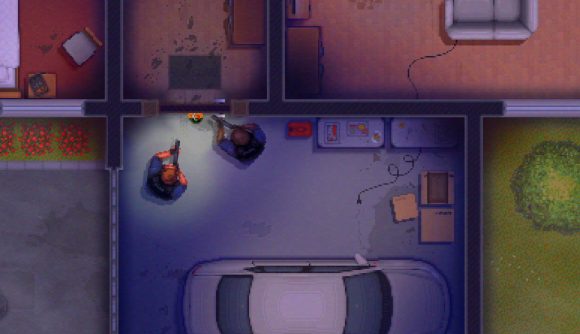 All done with Door Kickers? Sad that SWAT 4 is now over a decade old? Need a new game to scratch that cop drama itch? Hopefully, Police Stories will do now  that it’s met its goal of $25,000 on Kickstarter.

With just over a day of the crowdfunding project to go at the time of writing, Police Stories may not hit any of the stretch goals, but reaching the main targets means Police Stories should be coming out on Windows, Mac, and Linux in fall 2017.

Inspired by ’90s cop shows and films, the game’s all about taking on situations efficiently, tactically, and with swift justice. Playing as John Rimes, with his partner Rick Jones (which are very good buddy cop names), you’ll have to save hostages, take on gangs, and so on.

If you want to give the game a shot, there’s a free alpha version linked on the Kickstarter page. Their Steam page is also already live, so you can see a few more screenshots, plus a short trailer, over there.