A dramatic, public war of words between indie devs Delve Interactive and publisher Rising Star Games has provided the latest anecdote to add to the mound of evidence that: it’s tough being an indie developer.

We hope none of the best indie games on PC had a similar problem with any of their publishers.

The saga begins with this ‘post-mortem’looking back on the development of Poncho, Delve’s cute pixelly platformer. It’s a lengthy but engrossing read, with the first half focusing on the creative process of game design.

It gets messy in 2015, four years into Poncho’s development, shortly after Delve signed a publishing contract with Rising Star Games (RSG). “For legal reasons, there’s a bunch of events here that we can’t talk about”, says Poncho’s designer, coder and writer Danny Hayes. It’s clear he wasn’t best pleased with RSG, however.

When Destructoid posted a story on Hayes’s post-mortem, RSG defended themselvesin the comments section. They also sent the same statement to PCGN as comment on the matter.

“We struck a totally equitable deal with Delve; Rising Star Games advanced development funds according to an agreed set of milestones (proposed by Delve), we went on to also fund marketing efforts that included exhibiting Poncho at Rezzed in London 2015 and Gamescom August 2015.

“Sadly, not one development milestone was achieved to schedule by the dev team. Consequently, the game release was postponed. RSG kept spending. Delve kept working but eventually communicated ‘It’s just too much for one person to handle’… We solved this ‘event’ by using our console development equipment and assigning (and paying) for the console versions of the game to be completed elsewhere.” 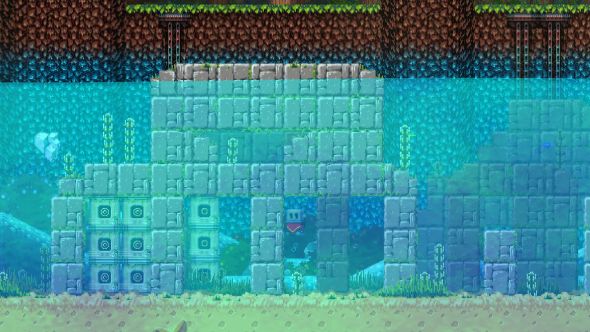 RSG conclude that they “got things wrong too but to suggest that RSG caused a series of ‘events’ that largely contributed to Danny’s parlous state ignores the repeated failings of the dev team to deliver on the promises and agreed work.”

Hayes then replied to RSG, saying he’s now free to talk since they had “broken our agreement in not discussing the terms of our contract”. He accuses RSG of a constant lack of support, saying “if we ever needed anything, they refused.” Allegedly, this started as soon as their contract was signed, with the key issue being a misunderstanding over the milestone payments RSG mention. Hayes had proposed them on the assumption that funds would be released in advance of each milestone, rather than on each deadline, since Delve needed them to pay the bills.

The day after signing, Hayes asked RSG if Delve could receive “a small amount of start-up funds” or “the first milestone in advance”, because by this point the entire team was broke. RSG refused, and Hayes says this caused a ripple of delays throughout development as the team had to work part-time “to be able to live”. Hayes admits he failed to ensure the contract reflected Delve’s expectation of funds in advance, but says “I hoped that a simple chat would fix it.” 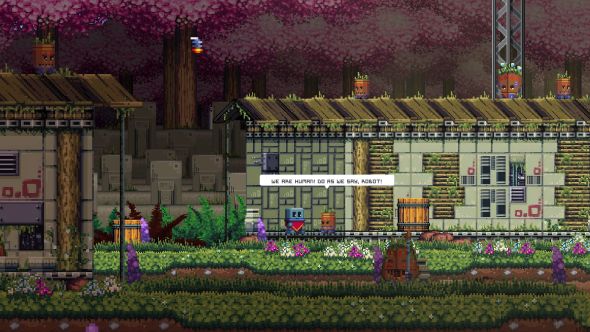 Hayes then accuses RSG of taking back the development kits they’d given Delve to work on Poncho’s ports to other platforms. When RSG hired another studio – Just Add Water – to do the PlayStation 4 port, Hayes says they made unwanted changes to the game, besides adding a number of bugs.

Hayes says RSG have yet to pay the final instalment, because a PS Vita port isn’t finished. “I pointed out to them many times that giving us 20% of our funding until AFTER development was silly, but they always refused. We asked if they could provide the Vita kit we used to have, just for one month so we could finish it. They gave it to us! Just kidding, they refused.”

Hayes accuses RSG of deliberately sabotaging the Vita port so they wouldn’t have to pay Delve the rest of the money, even suggesting they lied about the quality of a new build when he sent them one: “Rising Star said they had tested it themselves, and it was no different than the very first build… we asked [them] to provide a video so we could see for ourselves, but they have failed to do so.

“By preventing us from releasing the Vita, even after developing it, they have saved themselves from sending us the final piece of the funding.” 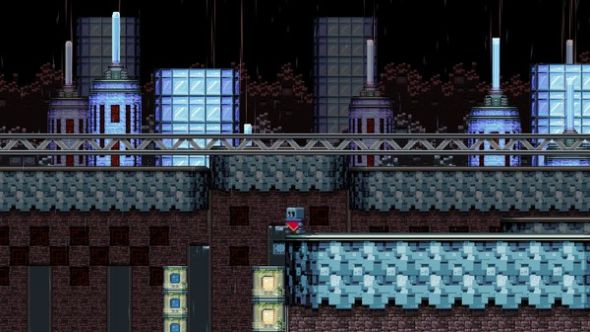 According to an email seen byKotaku, RSG’s chief operating officer Martin Defries says “to develop the PS Vita version the developer doesn’t actually need the dev kit to make the game – just to test it in a Vita environment. So we use our kit to test the builds he sends to us – we make use of the same kit for other games we are working with. He had continued to make builds and send them to us. They were unsatisfactory. It appears he has now ceased to do that.”

Of course, the inability to test a game as you are developing it is a hindrance, and this doesn’t explain why RSG confiscated the dev kit in the first place. RSG say “the first notice we have received that the PS Vita version will not be completed by Delve is in the post-mortem posting across the weekend.”

There’s plenty more, with Hayes accusing RSG of incompetence with respect to marketing. Anyone interested in the struggles of indie development should read the post-mortem and the two comments on it in full.

If you’re curious, Poncho can be found here on Steam for £6.99 ($9.99 US), with Rising Star’s badge flashing proudly at the start of its trailer. Perhaps surprisingly given the above, reviews are 78% positive at time of writing.

Delve Interactive have just released a teaser trailer for their next project, a homeless survival sim called Change.