It’s been almost a decade since we strategy gamers had a proper Pirates of the Caribbean-style economic simulator to play with. Sure, you’ve got your Tropicos here and there, but these are banana republic city-builder games. The release of previous Port Royale game — Port Royale 3 — happened in 2013. Finally after eight years, Kalypso has deigned to give us a sequel.

Port Royale 4 is a trade and management sim set in the Age of Sail, on a very large map encompassing the Caribbean Sea and the Gulf of Mexico in the 17th century. The map is dotted with colonies in what are now Mexico, Cuba, the Bahamas, Belize, Guatemala, Honduras, Nicaragua, Costa Rica, Panama, Colombia, Venezuela, and the US state of Florida, along with dozens of other smaller countries and islands.

At the time these would have been divided up between the major powers of England, Spain, France, and the Netherlands, and as the player you will play a character from one of these nations. It is your job to set up trade routes in the Caribbean and improve the colonies for the good of Queen/King and country. Or just for yourself.

To do that, you usually start with a single ship that can be used to perform trade between the various ports spread across the map, carrying needed goods to and fro as you expand your armada and create new fleets. As with all good management games, you are not required to micromanage these trade routes yourself. Instead, you can fully automate them and let the AI handle the minutiae of commodities as you focus on the big picture, which is my favourite way of doing anything. 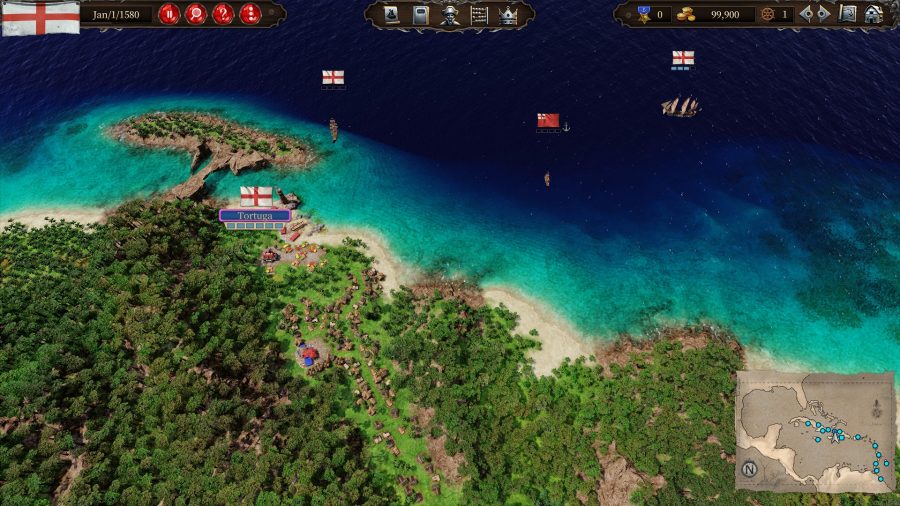 To set up a trade route, you need to choose which commodities are bought and sold where, how many stops to take on the way, and even the route your convoy should take. Port Royale 4 is surprisingly detailed with wind direction and currents actually affecting travel times just like in real life. To prevent your convoy from taking three weeks to cross a no-go zone that may put you out of pocket, you can instead manually set a longer route downwind that will actually shorten the travel time.

Once ships get to their destination they can sell their cargo, but you must then keep an eye on the supply and demand indicators. Too much supply and the demand lowers and prices plummet, while high demand means better prices and better profit. Mo’ profits mean mo’ money, and you get to expand your fleet by buying used ships or ordering the construction of new ones. Weirdly, sailors and captains — which could have been a whole dimension in itself — are largely absent; sailors are only hired and used for boarding actions, and captains are only necessary to command ships with military power. 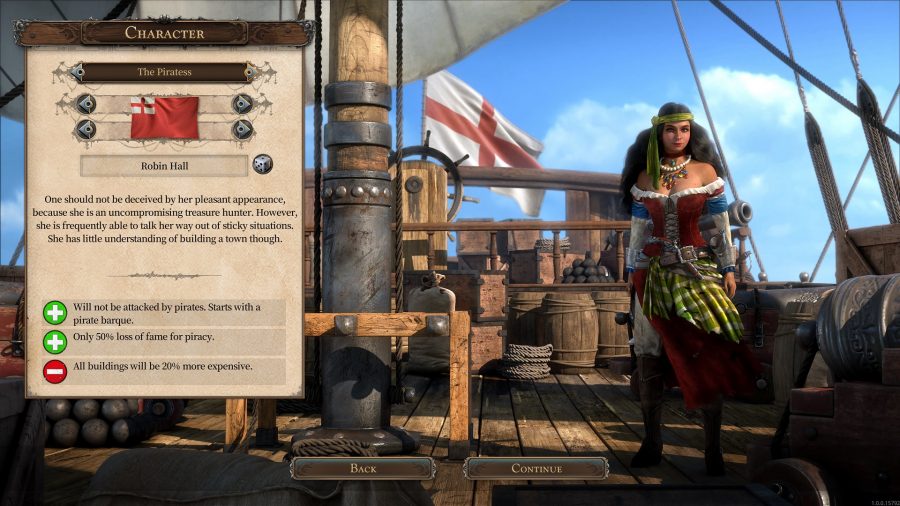 This being the grand age of piracy, military power is obviously important — while your and other ships strive to make an honest living, ne’er do wells go around the Caribbean drinking rum, attacking merchants, and singing “Yo-Ho A Pirate’s Life for Me!”. This is fun when you’re watching Pirates of the Caribbean (the early ones, not that later rubbish), but really annoying when you’re being attacked the one time you’re carrying the most valuable cargo you’ve ever handled.

Unfortunately, battles are disappointing. Instead of an authentic broadside-based engagement like Total War: Napoleon’s naval battles (and even past Port Royale games) you get a slow and weird turn-based minigame where ships zip and rotate on hexes and are able to push enemies around and even set whole tiles on fire. It’s a weird departure from the historical authenticity that fuels Port Royale’s main experience, and literally the only good thing about combat is that you can skip it. 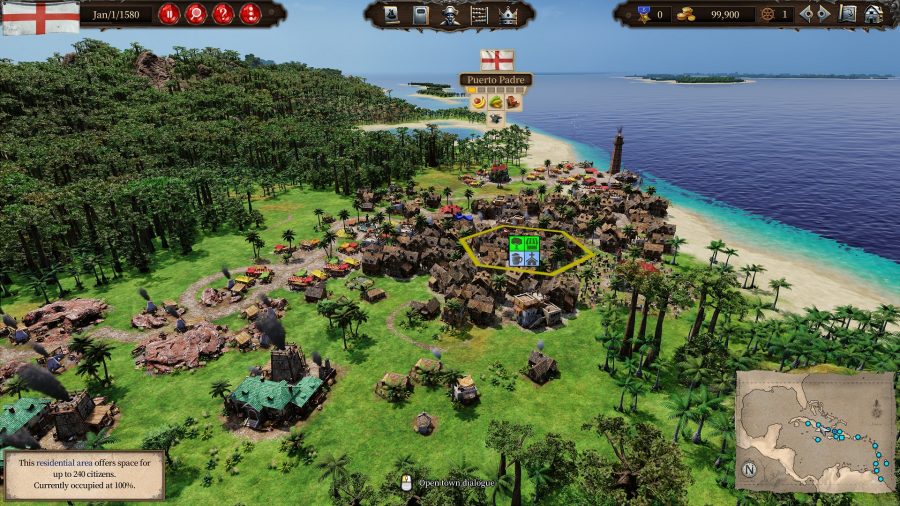 As your economic power increases, so does your fame, and you start to gain some respect among the colonies and their governments. Help the viceroy enough with errands and missions, and you can get a permit to manually take control of a colony’s development, letting you shape it to your liking. Churches, taverns, housing districts, farms, and industry — dozens and dozens of options allow you to grow the colony in a mini city-builder fashion, and warehouses allow you to store commodities you produce and set the price of what you sell. The end result is full control over the supply chain from origin to market, displaying a level of money-making skills and effective management that would make Jack Welch blush.

Despite all that management goodness, what most impressed me in Port Royale 4 is the graphics. The game isn’t just pretty — it’s gorgeous. The map can be fully zoomed in from a bird’s eye view all the way to the individual ships in a harbour, and everything from the sea and sky to the islands themselves looks stunning. Mountains and forests spread across the archipelagos, underwater reefs shimmer below the waves, and clouds — both calm, white fluffy ones and towering cumulus nimbus bringing in a storm — fly overhead, lending the game fantastic views if you bother to zoom in and rotate the fully 3D camera around.

All in all, Port Royale 4 is a surprisingly good game. It has a very broad scope, and its robust management tools pair well with an expansive map full of cities to use as a playground. At a time where we are short of good management games, this colonial Caribbean title has put the wind back in our sails.

A broad management/economic game with great graphics where you can conquer the Caribbean through money.