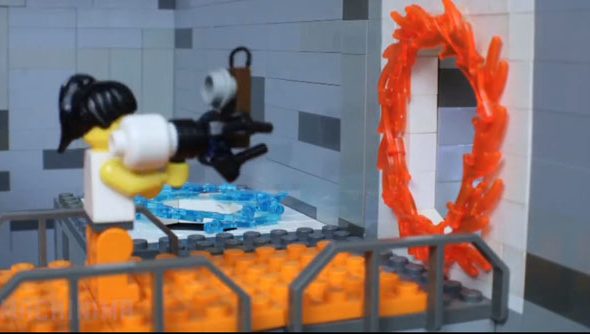 Everything is improved by Lego: play time, vehicle design, cereal, even, video games. That last one might seem like an odd one out. “Julian,” you’ll say, your mouth full of Lego cereal, “you can’t possibly make Lego into video games. Those are two worlds that just won’t mix.” I, of course, will look at your with quiet pity in my eyes and show you the below video.

I guess you’re feeling a little put in your place now, aren’t you?

Kotaku spotted that Kooberz, or Alex Kobbs as he’s known to people who refuse to write screen names as proper titles, had released his first part of a Portal 2 lego stop motionmovie.

As Kotaku point out, weighing at at over five minutes, this stop motion video would have taken yonks to make and a great deal of effort. Well done, Kobbs, you’ve made us all look puny in comparison.