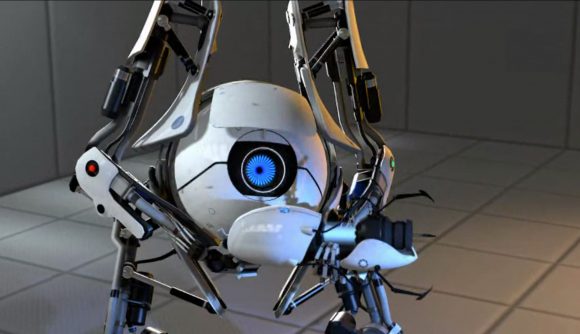 Valve has surprised everyone today by releasing a brand new update for Portal 2, which has removed the 100MB Workshop level file size limit. This means custom level makers can now indulge their inner GLaDOS in previously impossible ways and create even bigger physics-defying trials to challenge their cake-starved test subjects.

The removal of the level file size limit has been warmly received by fans, particularly those who enjoyed user-made games like Portal Stories: Mel. Fans are hopeful that, with the current limitations removed, it won’t be long before they start seeing more exciting and ambitious level packs and user mods arrive through the Steam Workshop.

Today’s update also addresses a few minor lighting bugs, fixes the model viewer and face poser, which previously weren’t opening correctly, and adds two command lines for running benchmark demos. This is the first update for Portal 2 that Valve has released this year, though the game has seen sporadic, and often small-scale, updates over the past few years, despite the game being more than a decade old at this point. The biggest of recent times came in February and added a Vulkan renderer to improve overall performance.

Here are today’s Portal 2 patch notes in full (via Valve):

As you’d expect, Valve showing all this attention to such an old game has sparked the usual tongue-in-cheek speculation about the release of Half-Life 3 or a potential Portal 3.

Cooler heads, however, have pointed out it’s pretty standard for developers to support a game long after its initial release. Valve, for example, still supports both Half-Life 2 and Counter-Strike, despite those games being even older than Portal 2, so maybe don’t start counting your trilogy eggs before they’ve hatched just yet.