Prey is the story of a person in the process of losing their humanity. Its player character, the drolly named Morgan Yu, awakes on the space station Talos I with uncomfortable holes in her memory. What’s more, she’s been the subject of an experiment to alter what it means to be human. That question is borne out in Prey’s weapons and abilities, which stretch from science and engineering skills we’d recognise on Earth to the shapeshifting traits of the Typhon, Arkane’s inky alien menace.

Hungry for more? Here’s everything we know about Prey.

We’ll tell you more about those below. Our playtime with Prey has left us with a pretty comprehensive look at Prey’s human abilities, plus a lingering glimpse inside the morphing and telepathy of the Typhon.

A small, explanatory note on some of the language used here: abilities are unlocked using Neuromods, brain-changing doohickies that allow the player to acquire new, sometimes strange skills instantly. And the Material Recycler is a device that lets Morgan, well, recycle any objects found on Talos 1 – while a Fabricator is a machine where those objects can be converted into new items via blueprints.

Oh, and when an ability promises to increase Yu’s “natural lifespan”? We’re pretty sure that’s flavour text, rather than a game mechanic. Although this is ambitious old Arkane we’re talking about, so who can say for sure? 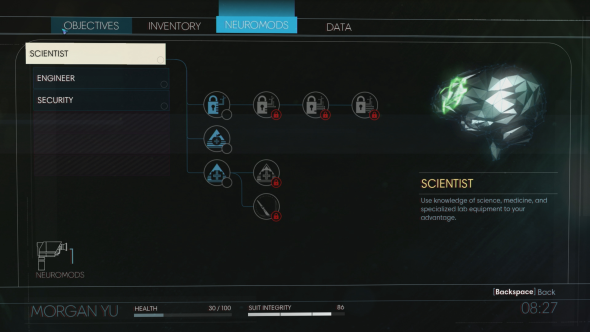 “Use knowledge of science, medicine, and specialized lab equipment to your advantage.”

“Specialize in modifying your gear, repairing, and crushing problems with your wrench.” 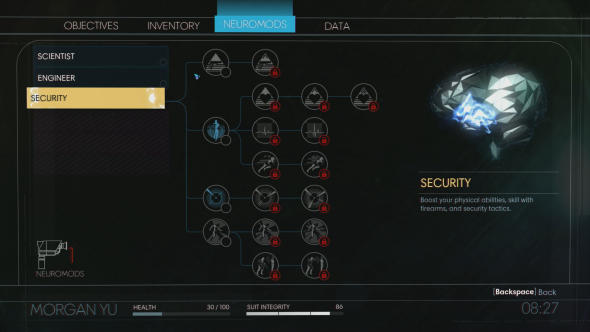 “Boost your physical abilities, skill with firearms, and security tactics.” 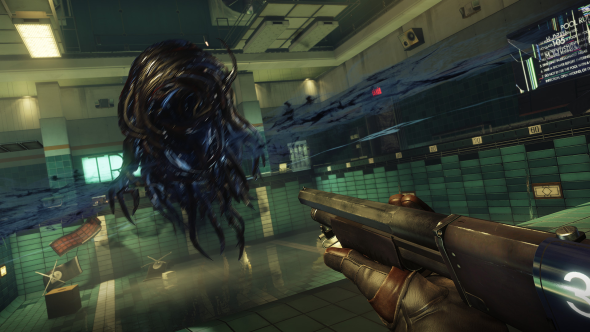 We know less about these – Typhon abilities have to be learned by scanning aliens with the psychoscope, much as we once photographed Splicers in Rapture. As such, much of the Typhon skill tree remains a mystery to us – but what’s here is terribly tantalising. 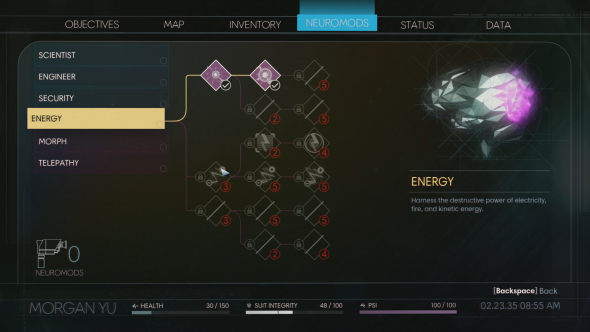 “Harness the destructive power of electricity, fire, and kinetic energy.” 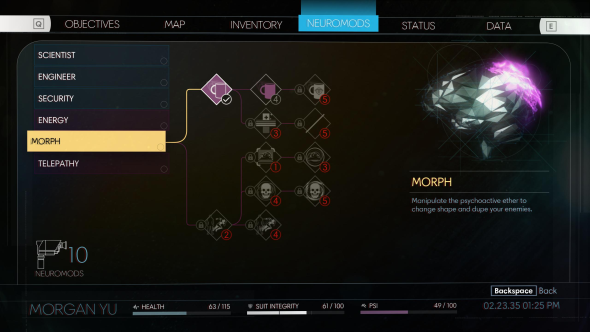 “Manipulate the psychoactive ether to change shape and dupe your enemies.” 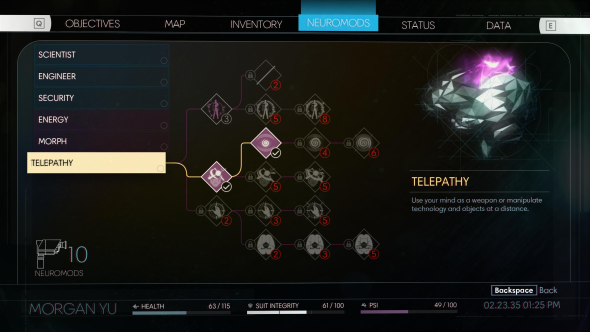 “Use your mind as a weapon or manipulate technology and objects at a distance.”

That’s everything we’ve got on abilities. Click through for more on Prey’s setting and story.