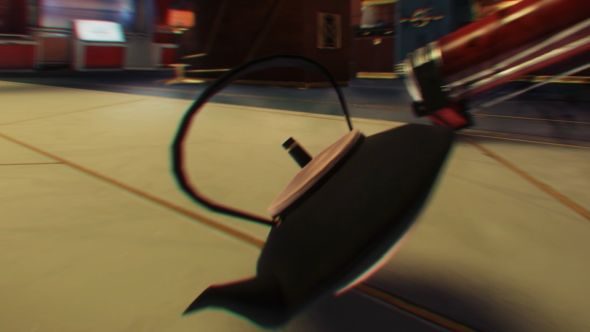 Prey has seemed rather serious so far. No longer. The latest trailer shows off the mimic power, one of Arkane’s more interesting creations for the game, that lets you turn into objects in the game world. We’ve seen a cup – here there’s much more, as well as practical uses.

Read what we thought after getting hands-on time with some Prey gameplay[https://www.pcgamesn.com/prey/prey-pc-gameplay-preview].

Comedy aside, the turret section definitely shows it’s for more than stealth. Hopefully organic and smarter beings will actually try to beat you up despite your cunning disguise, while automated systems clearly won’t.

Clearly it’s also useful for stealth, though being flushed out the garbage disposal is an original use. That implies a little more outside-time than we initially assumed – it’s all getting a little Dead Space.

Plenty more to come from Prey ahead of the May 5 release date. Just moving into that massive trailer season now.