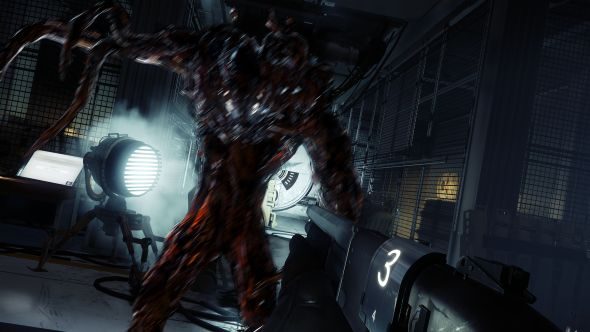 Update August 24, 2017: Turns out, while Bethesda’s games were on sale, the Quakecon sale hadn’t officially started when we first posted this. Now, it has: Quakecon has begun, so catch some discounts on an array of Bethesda games now, until August 29.

Some of the better sales here are Prey for 50% off, Doom 33% off (doesn’t sound like a lot, but that brings it down to £13.39/$20.09/20,09€/your regional equivalent), and a lot of classics brought down to less than the price of a bad coffee. Let us know what you pick up! Here’s the official Quakecon sale page, complete with Quakecon stream.

In case you’re about to pick up Quake Champions, here’s our guide to its champions.

Original August 22, 2017:There’s no massive store-wide Steam sale going on right now, but this might be one of those weeks where your wallet cries for help anyway. Both Bethesda and Rockstar are putting on some big sales, cutting prices of new and old games.

For Rockstar, things are simple – there’s a page dedicated to all of their sales. For some reason, not all of their games are on sale, nor are all of the discounts listed there either. Grand Theft Auto: Episodes from Liberty City is 65% off, but not mentioned. The fuller list can be found here. Their sales are only going until August 25.

To celebrate Quakecon, which is starting in a couple of days, Bethesda are also hosting a sale – there’s some pretty impressive discounts here. Prey is 50% off, and The Evil Within is cheap as chips at 75% off in case you want to see what that’s like before its sequel drops. There’s no page for those deals, not yet anyway, but you can see them all using this link. These sales are lasting a little longer, until the end of Quakecon, August 29.

Finally, this comes alongside Quake Champions arriving on Early Access. For £19.99/$29.99/29,99€/your regional equivalent, you can join Early Access with access to the full roster of champions. Not too shabby. Here’s the Steam page.