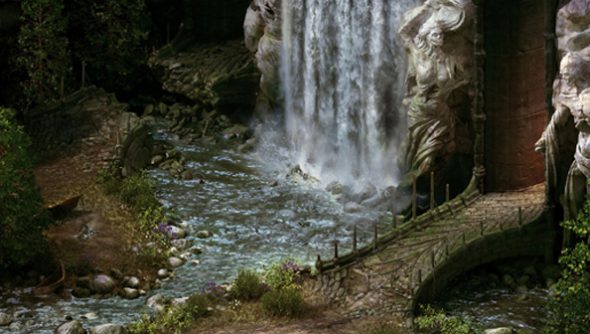 Today is the last day you can give your money to Obsidian to be melted down and recast as an isometric RPG in The Old Way. For now, at least – I’m deadly certain they’ll give you another chance to pay them for it once the thing’s finished.

As it stands, though, the project is already thousands of dollars past the £3.4 million mark, making it the highest funded game on Kickstarter to date. To date!

The latter is now helping to fund Project Eternity in its last stages – pledge $165 or more and you’ll get Wasteland 2 thrown in, as well as Eternity’s (currently hypothetical) expansion.

Including about $100,000 in Paypal donations – as Obsidian are – Project Eternity has passed its $3.5 million target, guaranteeing the development of “big big city 2” – a sprawling, multi-mapped metropolis a la the city of Baldur’s Gate or Athkatla from its sequel.

Which is wonderful news. Do you remember, as I do, emerging from the long dark of Irenicus’ dungeon into the culture clash wonder of Athkatla?

Obsidian’s $2.4 million stretch goal, now long passed, sees the addition of the Heart of Fury and Hardcore modes that made Icewind Dale and Fallout: New Vegas so delightfully cruel.