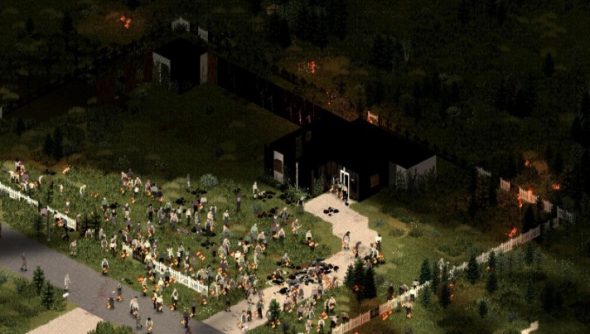 After a couple of years in Early Access and even more before Steam’s introduction of the feature, The Indie Stone’s isometric survival game Project Zomboid is getting workshop and multiplayer support through the service. This will not only allow for Steam-supported servers, but means maps and mods can be distributed via Valve’s platform as well.

The full patch notes were posted on the game’s forums and contain a legion of bug fixes along with the big functionality improvements. The workshop has already been flooded with people’s early attempts, adding spray paint and cheat menus, ‘nerd culture’ (er) items and dowels.

Meanwhile Indie Stone are hard at work on Update 33, which promises to be just as big, adding a full creative mode and radio/TV broadcasts to the early days of a run. This will document the outbreak and horrors taking place in the outside world as you forage for survival. It’s going into internal testing soon.

Jeremy covered Creative Mode a couple of months back, saying it will resemble The Sims’ house building functionality. It had to wait for Workshop support though, so items could be easily distributed to other players.