PUBG is about to help you earn more mouth-watering chicken dinners with a brand new progression system. Called survival mastery, it’s essentially a set of analytic tools that monitor how you play, giving you more insight than ever on the areas in your game that need improving.

Where PUBG’s existing weapon mastery doles out XP for getting kills and nailing difficult shots, survival mastery celebrates all the non-lethal stuff. You know, like looting, dropping, driving, using items, reviving teammates, and staying alive for as long as possible without having loads of bullets in you. These stats, just as with weapon mastery, can be pored over in the Last Match screen, recapping your timeline in detail.

Your rewards are new emblems, backgrounds, and poses to proudly showcase in your PUBG ID (sadly not a form of legal identification outside of the game). This customisable profile is basically an information exchange, also enabling players to show each other their survival time, average damage per match, and number of defeats. You get an emblem and background every ten levels, and a pose every one hundred levels, up to a level cap of 500. That means your next ten matches in PUBG matter.

Crucially, however, survival mastery isn’t an attempt to change how you play the game – just how you comprehend it. “We try to make sure anything that’s progression-related is not really influencing the meta, that’s really not the point of the progression system,” says Brian Corrigan, studio director at PUBG Corporation. “Really, their goal is to try to understand play, try to understand the different styles. It’s really not to try to influence or push one specific meta.” 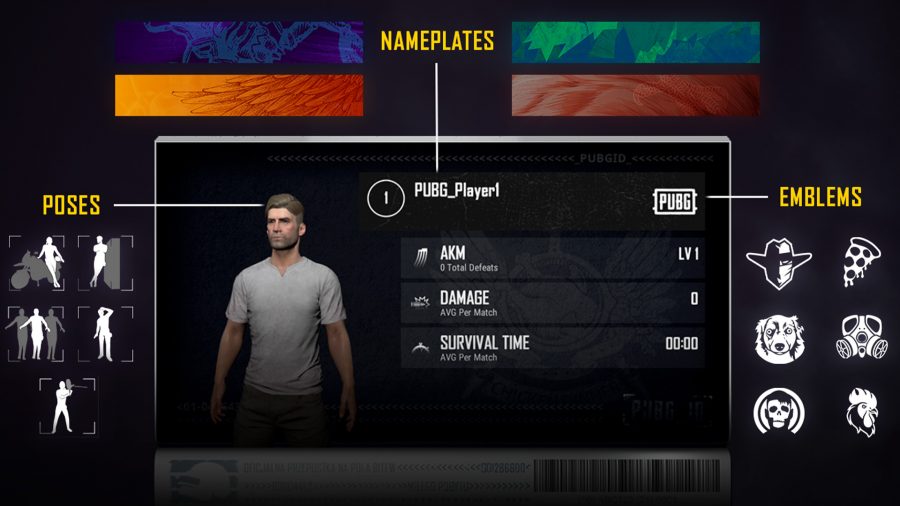 Traits are a perfect example of this. PUBG assigns these depending on your playstyle, so if you keep dropping into heavily populated areas, the game will give you the ‘hot dropper’ trait. Rather than a mark of shame, however, the six possible labels PUBG can slap on you are intended to be impartial.

“We’re not really passing any judgment,” says Corrigan. “We’re just kind of explaining the choices that you made. Even being able to just give them a name means there’s this lingua franca that will form in the player community where people can talk a little bit about the different things that players are doing at different stages.” Your initial trait comes after ten matches, and PUBG Corporation plans on introducing more later.

In development for close to a year, survival mastery is a sophisticated system that lets you discover who you are on the battlefield and communicate that with others. It’s out now on the test server, with rollout into the main game not far off.

And hey, if survival mastery stops everyone landing at Pochinki so I can run around and loot all the good stuff, that would be great.