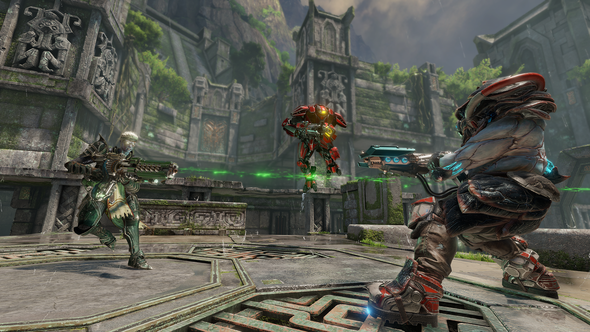 Ah Quake. Is there any game that perfectly encapsulates the spirit of ‘90s PC gaming better than this much-beloved, angst-ridden arena shooter? It had everything an edgy kid in the ‘90s needed, like music by Trent Reznor, voice acting by Trent Reznor and 3D acceleration (probably not affiliated with Trent Reznor.) Its sequels continued to build on id Software’s burgeoning multiplayer FPS monopoly and the PC gaming landscape would certainly be a different place without its undeniably mammoth influence.

Keep it old school with some of the best old PC games.

So many of us were delighted when Quake Champions, the latest iteration in the series, went into closed beta last month. Since then, we’ve been treated to a steady trickle of information regarding maps and characters, all of which have been chronicled in our ever-expanding article on the subject. This latest little snippet comes in the form of the above video, a dutiful bit of fan service to those who played the original Quake and Quake III: Arena, featuring none other than the original Quake guy aka The Ranger.

Quake Champions is due out sometime this year and will be based around a free-to-play model. You can head on over to the website if you fancy signing up for the beta.