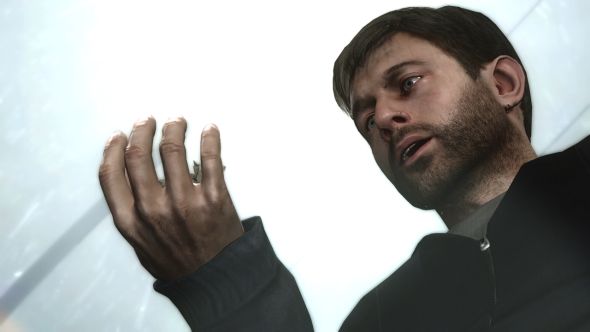 Three French reports from newspapers and tech websites, released at the weekend, allege that the working conditions at Quantic Dream are extremely poor. The studio is headed by David Cage and Guillaume de Fondaumière, who both also come under fire in the reports. Quantic Dream previously made Fahrenheit AKA Indigo Prophecy, and are currently working on PS4 exclusive Detroit: Become Human.

Cage calls the allegations against both him and the company “rantings” and is “shocked” by them. He also describes them as “ridiculous, absurd, and grotesque” while deFondaumière denies wrongdoing relating to his treatment of members of staff, as Eurogamer explains, translating from Le Monde, Canard PC, and Mediapart.

Strangest among the evidence of toxic behaviour at the studio is an archive of over 600 images showing various employees with their heads photoshopped into compromising images. You can see a range of them as the header of the Canard PC’s article, including those of a sexual nature, some involving Nazis, and one of a very overweight man.

According to Eurogamer, these images were sent around the company via mass email, including to the two leaders, but were only officially complained about in early 2017 when an IT head was made the subject of ridicule. Cage and deFondaumière deny seeing the more offensive images, but were aware of “funny” ones.

This was the starting point for a more thorough look at how Quantic Dream is managed by the French websites. The subsequent reports include allegations that Cage andde Fondaumière show a lack of respect for female colleagues. Cage is also accused of racist remarks and of not listening to others in the workplace.

Cage responds by saying to judge him “by his work” and the individuals he has worked with, including Ellen Page and Jesse Williams. De Fondaumière states that “none of any of this happened at any evening event” in response to allegations of hitting on and kissing female members of staff.

The company also issued an official statement via Twitter last night, which you can read below. They deny all allegations.

Further translations of the original articles are present on ResetEra. It’s also noted that legal procedures have begun with the Paris prosecutor’s office.