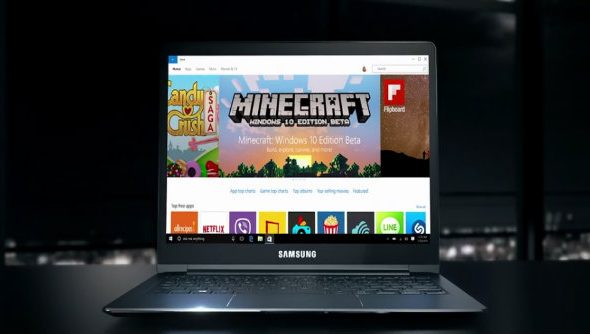 Windows 10 is getting a big free update this summer to celebrate the operating system’s one-year anniversary. Additional support is also planned to make PC gaming better for users before that lands.

Microsoft just need to get some of the best PC games on the Windows Store now.

It’s been a big year for Windows 10, which has enjoyed the fastest adoption rate of any Windows ever. It’s not surprise really, as it has been installing itself onto the PCs of unsuspecting people, the cheeky little scamp.

Some statistics from tonight’s Microsoft keynote: over 75 billion hours have been spent using Windows 10 so far, with over 5 billion questions asked of Cortana and over 270 million total users.

In gaming stats: 6.6 million hours of Xbox One games have been streamed to Windows PC, and the Windows Store has seen over 5 billion visits, with double the number of monthly repeat customers.

To get those numbers up even higher, Microsoft are improving their services. Most of the stuff coming in the Windows anniversary update is aimed at developers and Xbox One Windows 10 integration, but there are some improvements heading to the Windows 10 with PC gamers in mind.

The biggest additions are the option to disable V-Sync, as well as adding G-SYNC and FreeSync support, which are all coming in May. Multi-GPU support and “support for overlays, modding and more” are also planned.

“We have heard the feedback from the PC gaming community loud and clear,” says head of Xbox Phil Spencer, “and we are working to make sure Windows 10 is a great gaming experience.”