The age of quantum computing is just around the corner. Soon enough, we will be staring at quantum dot monitors and gaming on our quantum processor-powered PCs. But quantum tech is already more than just an idea, so what is holding us back from quantum computing right now? Well, the manufacturing process is difficult and costly, but researchers from the University of New South Wales believe they may have a solution.

Quantum computers require a lot of of accuracy and some serious mind-power to put together, and that’s why there are only a handful of them in the world right now. So far, the work going into a quantum computer capable of processing even basic mathematical calculations is astronomical. Google have managed a nine-qubit computer so far, with plans of a 49-qubit computer on the way. IBM have also been successful in testing a computer with 17-qubits, which they are hoping to be their first commercial quantum computer available.

It has been reported that a quantum computer would manage the equivalent of 10TFLOPS of computational power while utilising only 30 qubits. For reference, Intel’s still unreleased, 18-core Core i9 7980XE is their first desktop CPU capable of 1TFLOP of processing power.

Due to the ever-growing demand for smaller and smaller transistors within processors, and because Moore’s Law never relents, quantum computing could be a major player in the future of computing. So far processors are still working in nanometres to measure transistor sizes, which should reach maximum potential at five nanometres small – although we aren’t expecting transistors that tiny to arrive for over a decade. This is where quantum computers come in. 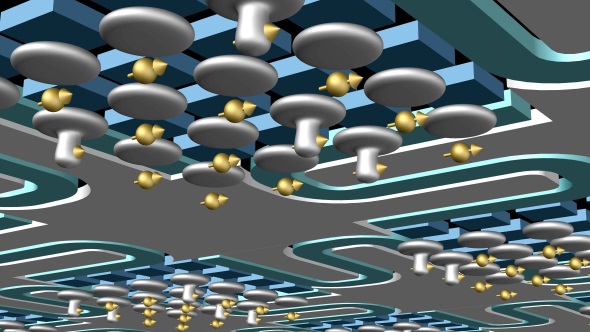 Quantum computers utilise quantum bits, which are completely different to the regular ol’ bits a desktop computer uses right now, but it makes for a nice comparison as they both perform the same task.

A regular ol’ bit can only be in one of two states: on or off, 1 or 0. A quantum bit, or qubit, can exist in both on, off, and both states at the same time. Due to this quantum mischief, quantum computers can process multiple calculations at the same time, making them much more powerful than the traditional computers we are used to, while requiring far fewer transistors. 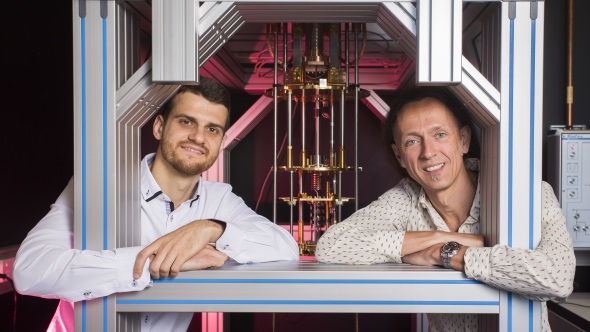 A big problem with current quantum computer prototypes is that they require qubits to be in very close proximity – within ten to 20 nanometres – to each other to remain coupled. A group of Australian researchers from the University of New South Wales believe they’ve figured out a solution to this problem. Led by engineers Andrea Morello and Guilherme Tosi, the researchers have been creating a new design for qubits on silicon, called ‘Flip-flop qubits’. They believe this advancement will allow implementation of qubits in the same way classical computers are built.

“Crucially, this new qubit can be controlled using electric signals, instead of magnetic ones,” project leader Andrea Mello says. “Electric signals are significantly easier to distribute and localise within an electronic chip.

“It’s easier to fabricate than atomic-scale devices, but still allows us to place a million qubits on a square millimetre.”

The new design allows qubits to be placed hundreds of nanometres apart and still remain coupled together. 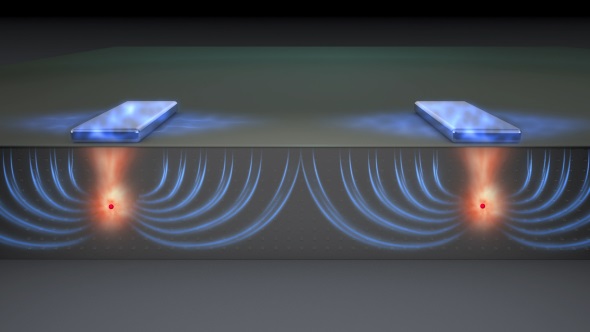 “If they’re too close, or too far apart, the ‘entanglement’ between quantum bits – which is what makes quantum computers so special – doesn’t occur,” lead engineer Guilherme Tosi says.

If this technology is as successful as the researchers hope, we could be looking at the mass production of quantum computing in a way previously thought not to be possible. Once on-silicon quantum computers can function outside of the lab, the natural inertia of the tech industry should eventually carry it all the way down the line to everyday consumers like you and me.

Your next PC is not going to feature a quantum processor, even if it does feel like you are paying the price for one. However, when only a tiny number of qubits can offer lightning fast processing power, the future for computing is looking like it will inevitably be quantum, and possibly sooner than any of us originally thought.

{"schema":{"page":{"content":{"headline":"New quantum breakthrough is ushering in the death of binary computing","type":"post"},"user":{"loginstatus":false}}}}