It must be tempting when creating a sequel to a puzzle game to start where you left off and simply stack up the difficulty. After all, should your second game not further challenge veterans of the first?

Developers Toxic Games have a different idea with Q.U.B.E. 2. The studio have refined and adjusted the original’s block-placing puzzles by allowing you to generate new boxes, rather than being restricted to the ones already placed in the level. Granting greater freedom permits increased creativity, and introduces a different approach to solving puzzles that is not restricted to cranking up the challenge.

For their sequel, Toxic opted to jump from Unreal Engine 3 to Unreal Engine 4, and the leap brought with it a variety of factors that helped the team deliver on their new, more creative vision. 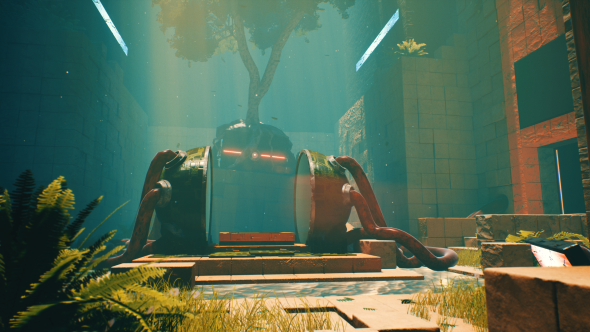 Like its puzzle stablemate Portal, Q.U.B.E 2 features a clean, geometric art style. It makes a lot of sense: strong lines and bold colours do not just promote a visual identity linked to logic, but also aids you when attempting to slot solutions together.

“In the terms of the overall art style we decided early on in development to maintain the minimalist aesthetic and cube structures of the original game,” art director Harry Corr says. “In order to evolve the visual style we put a far greater emphasis on realistic, reflective materials and dramatic lighting to create a game world that evokes the original but also feels entirely new and unique.” 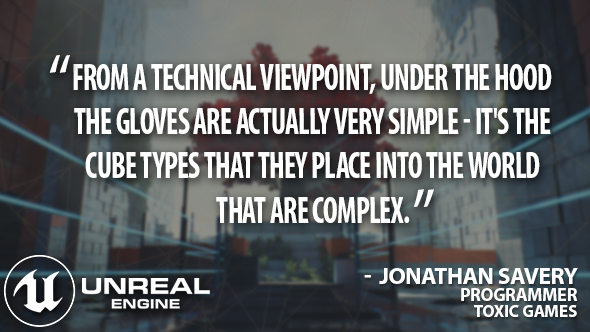 It is easy to think that minimalism is a simple style to perfect, but the aesthetic has posed a significant challenge to Toxic Games. “Almost every surface is constructed from uneven cubes that generate a lot of horizontal and vertical lines which, when combined with particles, reflections, textures, and atmospheric lighting, generates a lot of visual noise,” Corr explains. “This can be very frustrating in a puzzle game where the player needs to be able to easily understand the level layout and identify all of the puzzle elements.”

“There was no quick fix for this issue,” he reveals. “It was simply a case of iteratively balancing each element of the environment until it played as well as it looked.” 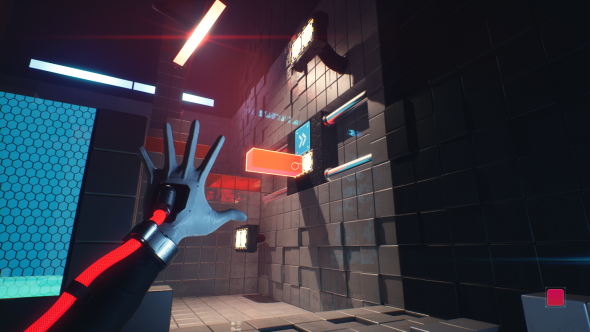 Not everything has been as challenging as balancing the art design. Unreal Engine’s much-lauded Blueprints allowed the team much more control over Q.U.B.E. 2’s design, even though they only have a single programmer.

“Most of the logic for the actors placed in a level and for the placeable cubes was handled in Blueprint. This was an effective way to implement new gameplay mechanics given my limited programming knowledge,” creative director Dave Hall says. “Without Blueprint I would have been forced to design either a gameplay mechanic or feature on paper and then ask Jon to create it in code.”

With Jonathan Savery being Toxic’s solitary programmer, the lengthy back-and-forth between pen-and-paper ideas and coded prototypes could have cost the studio a lot of time. Blueprints helped keep the project moving forward without the need for training multiple people in coding.

“Using Blueprint meant that I was able to prototype new ideas fast and then iterate until it worked. After testing I was then able to make alterations to physics behaviour or the way players interacted to get everything feeling right,” Hall says. 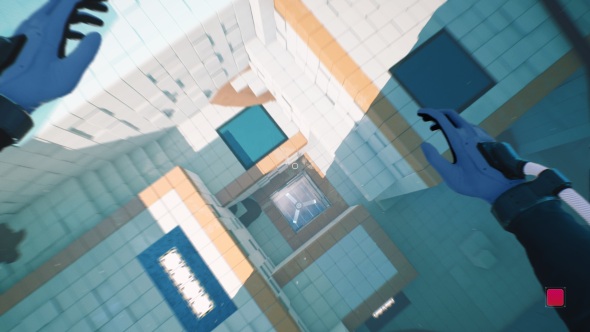 Those Blueprints require a foundation, of course, and all that work lies in the hands of Savery. As technical director, it is his job to ensure the core of Q.U.B.E. 2’s mechanics work flawlessly, which then allows the game’s designers to create the puzzles. Naturally, for a game rooted in physics, this job presents its own complex challenges.

“The player is equipped with these amazing gloves that can throw different types of cubes around the environment,” Savery explains. “Each cube type has a different ability that affects the player and physical objects in the world in different ways. From a technical viewpoint, under the hood the gloves are actually very simple – it’s the cube types that they place into the world that are complex.”

“Each of the cubes was built with a C++ code foundation and layered on top with visual scripting (Blueprint). The C++ foundation is good to have so these object types are accessible anywhere in code, and many of the variables the cubes have are created in C++, and visible and editable in Blueprint for the puzzle designer to alter as they wish.”

“The layer of Blueprint visual scripting has been very convenient in editing the cube types quickly, especially regarding animation,” Savery adds.

In this sponsored series, we’re looking at how game developers are taking advantage of Unreal Engine 4 to create a new generation of PC games. With thanks to Epic Games and Toxic Games.