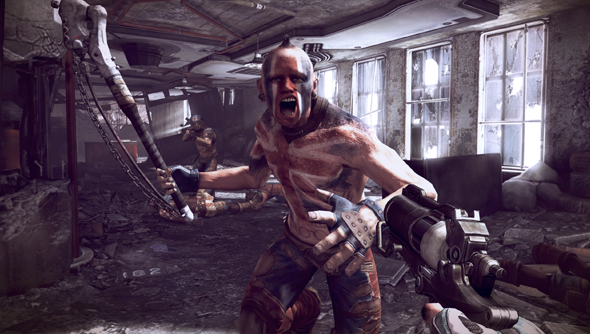 Rage didn’t manage to garner the accolades of Id’s other games. It wasn’t the new Quake and it frustrated players who were wanting Id to get to work on Doom 4. Despite this the company haven’t given up on the game and still hope to turn it into a series in the future.

“I’m proud of what we did, I’m proud of the universe that we built. The franchise is not dead,” Willits said at the developer’s recent QuakeCon event. “We’re not doing anything immediately with it, but when I designed the universe, I designed it in such a way that it would be easy to step back into. I’m still proud that we did something that was different – it wasn’t like the games that we’ve done in the past.”

As well as a new universe for the developer, Rage represented a big shift in their technology. It was the first game to be developed on their new proprietary engine, Id Tech 5. Willits stands by these successes: “”We really tried to do one engine that worked for everything. It really helps establish a robust tech that, as John [Carmack] said last night, we’re adding stuff into it based on the new consoles, and it’s allowed people to make different games because the technology is flexible and robust and works on everything.”

Currently Id are hard at work on Doom 4. Despite the game being in development for many years now, they’re not prepared to talk about it yet. According to VG247, Carmack told fans at QuakeCon that he’d asked parent company Zenimax if he could talk about the anticipated sequel ahead of the event and had been told “The answer was, no, I couldn’t.”