There was an impostor at DreamHack Winter in Sweden last week. Of the 15 professional Rainbow Six Siege teams that competed one was a pretender – a squad of five people way out of their depth. In theory, a $25,000 prize and a spot at next year’s Six Invitational in Montreal were on offer, but for Minigolfgutta reaching that top spot was highly unlikely.

The Norwegian team arrived at DreamHack intending to play in a couple of open qualifier tournaments. Traditionally, Minigolfgutta is made up of Counter-Strike: Global Offensive players, who all regularly play in their local Telenorliga esports league. On a whim, the team decided to sign up for both the CS:GO and Rainbow Six Siege tournaments. They were expecting to get booted out of the Siege tournament in the first round, but events took a dramatic and unexpected turn.

Due to a low turnout for the Siege open, Minigolfgutta was automatically catapulted into the professional tournament – competing on the same stage as veteran esports orgs and former Rainbow Six Siege world champions. After their remarkable, dramatic weekend, I spoke to one member of Minigolfgutta to see how the team’s run at the tournament unfolded from his perspective.

“The fame has been surreal,” Emil Berglund of Minigolfgutta tells me. “It’s one thing to get a load of attention online but when we got to DreamHack and professionals knew us, and we even had somewhere between 10-14 fans sitting behind us during our last map, that’s when it kind of hit us that people knew us, people actually wanted to see us play, it wasn’t just a meme.”

Upon arrival at DreamHack, the team received a warm reception from the assembled pro players, including G2 Pengu, a player who’s won just about every major tournament going. “It seems like most of the pros thought it was funny that we were there,” Berglund says.

It is pretty funny to be fair. Consider this: Each member of Minigolfgutta has played around 2000 hours of CS:GO. By contrast, Berglund reveals that he’s played about 30 hours of Siege, while two of his teammates have racked up a whopping three hours each. The amateur team was hoping some of the first-person shooter experience would carry over from one game to the other. While that was the case for aiming and accuracy, Berglund sadly admits that “in Siege that doesn’t really matter.”

Most of the bullets that took Berglund out came through walls, and the team “quickly realised that if we saw a drone it was time to run for your life because someone was going to spam the walls and kill you.” And kill them they did. Minigolfgutta stumbled to two losses and an impressive 0-28 record. 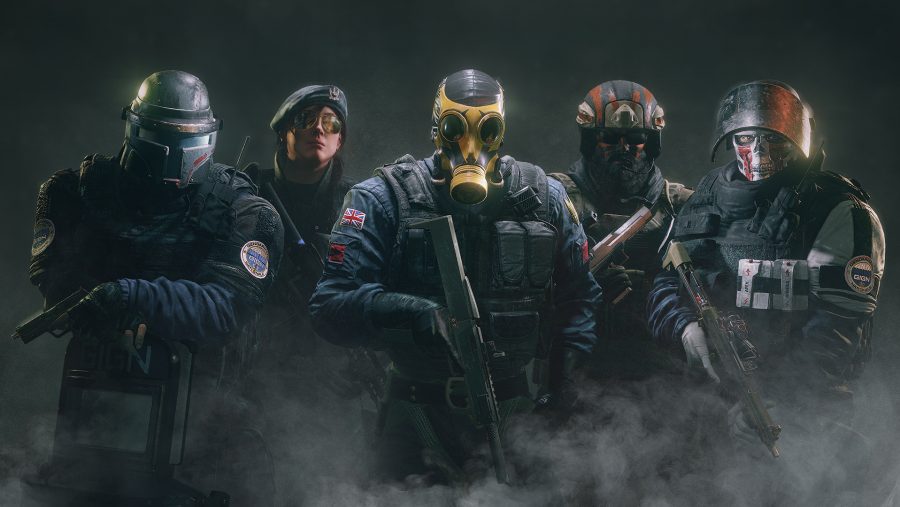 Despite that destructive scoreline, Berglund confirms the team actually really enjoyed playing Siege: “We got stomped, but we laughed and smiled the whole way.” Each kill helped boost morale, even as the rounds went against them, and the community response to their unusual story has made each of them want to return to the game.

A lot of people wanted to see us, it wasn’t just a meme

Sadly, the Rainbow Six tournament took its toll, and Minigolfgutta struggled in the Counter-Strike tournament later in the weekend, too. “The CS:GO tournament went ok,” Berglund recalls. “We played well as a team, but after a couple of games we encountered what can only be described as an endurance issue.”

Hours in front of screens and being surrounded by loud noises wore the amateur players down. The pressure and spotlights take some getting used to. Still, Berglund tells me the team is happy with the way the weekend turned out. Just don’t pin your hopes on seeing Minigolfgutta at any other professional Rainbow Six stages any time soon…