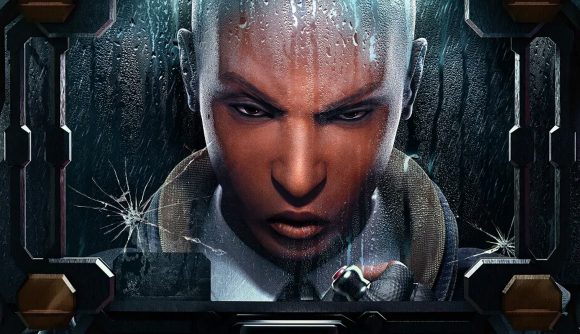 May 13, 2019 Ubisoft is working on fixing the Rainbow Six Siege shield glitch. Again.

Rainbow Six Siege’s shield bug made an unwelcome return earlier this week, but Ubisoft is already looking into a potential fix. A Reddit post made earlier this week first discovered the return of the long-running glitch, which has come and gone throughout the development of Ubisoft’s tactical shooter.

The post shows a character with their entire head covered by a deployable shield. Apparently, crouching while using the glitch makes you completely invulnerable, and players exploiting it are still able to see out from behind their barricades, as if there wasn’t a wall of metal in front of their faces.

Several defensive operators are affected by the issue, which has cropped up multiple times over the past few years. Players reported coming across it in January last year, and while Ubisoft was able to squash the bug relatively quickly, it appeared again in quick succession – just two months later, in March 2018, the developer was forced to roll out another fix. Sadly, it would seem that once again, the fix has been undone.

This time out, however, it would seem that the Rainbow Six Siege cockroach has a friend. As well as impenetrable shield walls, players are complaining of a second issue, in which defensive operators are able to shoot straight through their shields. Clash, Rook, and Mira have reportedly all been affected by the issue.

In a separate Reddit post, a Ubisoft community manager told players that several issues are being looked in. Glitch’s attached to Clash’s shield, other deployable shields, and a glitch allowing IQ to run completely invisible, are all being investigated. More information is on its way, but hopefully we’ll have more concrete details soon.