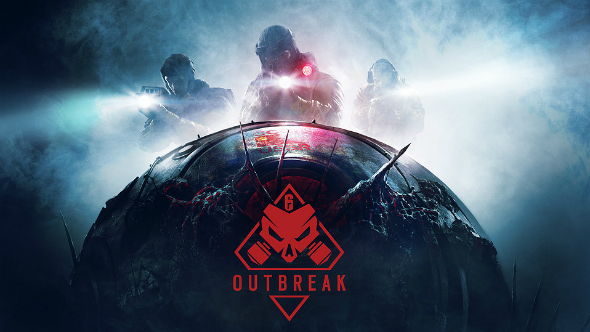 After a lengthy set of teases, Ubisoft have finally detailed what to expect with Rainbow Six Siege’s Outbreak event. Coming alongside Operation Chimera, Outbreak will run from March 6 to April 3, after a stay on the TTS starting February 20.

As detailed in the new story trailer, the titular outbreak hits the town of Truth or Consequences, New Mexico with the crash landing of a space capsule. The capsule carries an extra-terrestrial parasite called the Apex, which rapidly infects the locals and turns them into monsters. Rainbow’s mission is to destroy the parasite before it can spread any further.

Teams of three will take on the challenges, doing battle against five enemy types with unique abilities, including “exploding monstrosities,” and “hulking horrors.” You’ll need to make use of fortifications to slow down the enemy’s approach, as they’ll try to take you on in close-quarters combat.

The mode features three new levels built for co-op PvE, which will be “bigger and more open” than the standard maps with large outdoor sections, but with a clearer, more linear sense of progression – though there will be opportunities to take multiple paths to the objective. There are two difficulty options: Normal and Pandemic, with the latter enabling friendly fire and making enemies far more dangerous.

Only operators appropriate for the event will be playable in Outbreak, and that list includes the two as-yet-unnamed new Operation Chimera operators, as well as Smoke, Ying, Buck, Kapkan, Ash, Doc, Tachanka, Glaz, and Recruit.