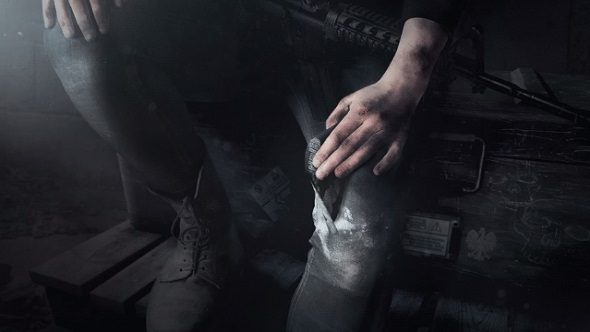 A new gif has been released by Ubisoft, showing the tattered jeans of a – presumably, because they’re wearing jeans – fast, new attacking operator for Rainbow Six Siege.

Related: here’s a rundown of everything we know about the three Rainbow Six Siege Blood Orchid operators.

It looks like this will be the first Polish operator from their GROM special forces branch, to be released alongside the upcoming Hong Kong expansion.

Zoomed in, you can make out the crest of the Polish flag in the image. Judging by the barrel of the gun, it’s likely that it’s a HK416 assault rifle in the teaser gif, suggesting this will be an attacking operator.

Feminine hands suggest it’s a woman, which would line up with the 50/50 gender split from previous DLC operators.