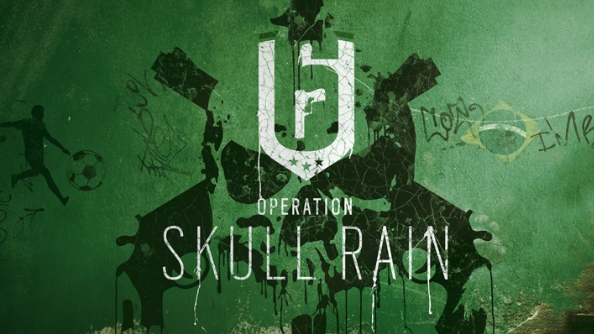 The next Rainbow Six Siege expansion DLC drops on August 2, and brings with it the typical set of two new operators and a map. But there’s more: Ubisoft consider Operation Skull Rain part of Siege’s “health program”, and as such it includes a few changes to keep the game in tip-top condition. Chief among these new elements is an anti-cheat system.

Head once more into the breach with these fantastic multiplayer games.

BattleEye will go into beta sometime during season 3 of Siege, so not quite when the Skull Rain content drops next week. Ubisoft promise to announce a launch date sometime soon, but explain that the system is a client-side application that prevents players from loading the game when cheat software is detected.

Cheating has been a frequent problem cited by players, and while arguably such a system should have been applied much earlier, it is great news that Ubisoft finally have something to tackle the issue with.

Other ‘health’ fixes include improvements to animation clipping, the replay system, and some glitch repairs.

Adding to the longevity of the game is Tactical Realism mode, which prevents players from marking enemies and removes much information from the HUD, leaving just key elements like the compass and weapon panel. Kill confirmations will not display, and the magazine system will be more realistic (presumably meaning reloading when you still have half a mag of ammo left means a later reload will use that half-full mag instead of a full fresh one).

The Skull Rain DLC itself adds Brazilian Batalhão de Operações Policiais Especiais (BOPE) operators to the line up. Your new attacker will be Capitão, who’s armed with a tactical crossbow as his gadget, which can burn oxygen around the bolt to asphyxiate the target (lovely!). His main weapons are the M249 and PARA-308, backed up by a RPB92.

For defense, Brazil fields Caveira, who has a very interesting “Silent Step” skill. With it she can sneak up on enemies, immobilize them, and then interrogate them for information on the enemy team’s location. Her equipment includes an M12 SMG, the SPAS-15 shotgun, and a PRB92 pistol.

The new Brazilian favela map supports exterior shell destruction, making it the most destructible map Ubisoft have made for the game so far. It will be available free to all players. The operators are available as part of the season pass (and can be used seven days before other players), or unlocked for 25,000 renown points in-game.