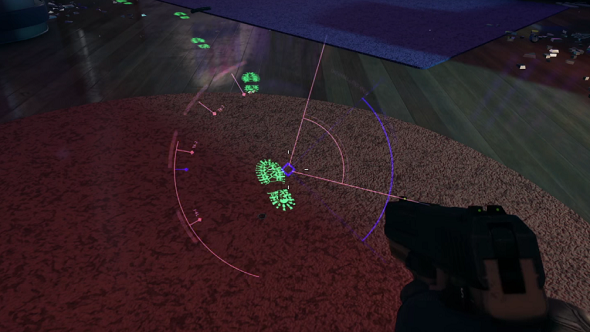 A brief video tease has been released for Velvet Shell, Rainbow Six Siege’s next big update, and it shows one of the two new Operators.

For more shooty fun with friends, check out our list of the best multiplayer games.

The Jackal is seemingly a male Operator who can track enemy bootprints with a head-mounted display. He’ll be probably be an defender that’s handy for tracking down the enemy hiding spots.

There’s no way of telling how long these bootprints will be visible for. It would be interesting if it tracked all enemy bootprints and left them there, as enemy players could use his ability against him and send him right into their friend’s gun sights.

As always, there will be another new Operator, but presumably they’ll be revealed in a more meaty trailer that’s still to come. Year two Season Pass holders will get the new characters when Velvet Shell launches, while everyone else will have to wait a week.

On top of the Operators, Velvet Shell will also add a new Coastline map, taking the tactical FPS action to a resort in Spain. This will also be free.

Expect more information on February 3-5, when a live demo of the content is planned to run during the Six International tournament.