We’re terrifyingly near the end of 2018, which means that the next Rainbow Six Siege season pass has arrived in preparation for the new year. In a video you can check out towards the bottom of this article, Siege YouTuber Coreross breaks down the rewards available in this year’s pass.

As ever, the Year 4 pass offers 600 credits to those that brought the Year 3 pass, and will give players a week of early access to each of the eight new operators that will come to the game this year. Sadly though, it doesn’t actually tell us which countries those operators will come from, or exactly when we can expect them (although we’ll likely see two new operators for every season – every three months or so).

Elsewhere, there’s the fiery new Volcano skin. It’s a universal cosmetic, which means you can attach it to any weapon you like. There’s also the VIP discount, which gives you 10% of purchases made with in-game currency, and the lava-themed Year 4 Pass charm.

The Year 4 Pass can currently be purchased in-game on console, but in order to get it for PC Coreross says you’ll need to head to Amazon, where the pass is on sale for £24.99 ($31.50). Even once you’ve done that, you’ll only have access to the R6 credits – you’ll have to wait for the rest of the new content. 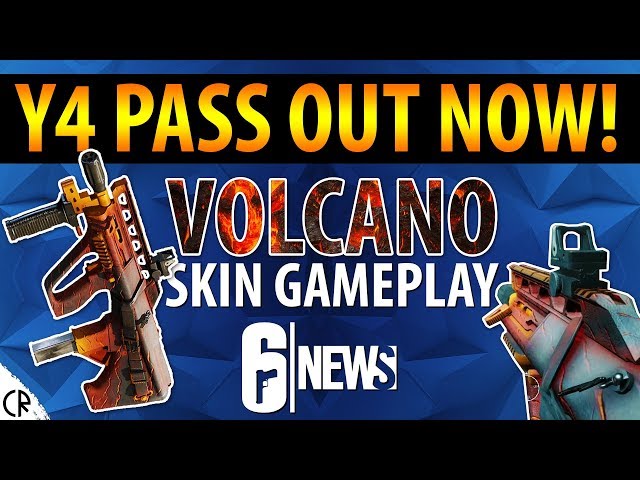 You can purchase a code for the PC Pass on Amazon. Elsewhere in Rainbow Six Siege, Ubisoft has announced a new manual review system for toxic in-game chat. That means that while you won’t be automatically banned for bad language, any messages you send that trigger the chat filter will be sent on for moderation.