Nobody really likes Rayman, do they? To be clear: lots of us, myself included, are very fond of the games named after him. But the eponymous hero – a homunculus with helicopter hair, shit-eating grin, a 12-year-old’s toggled hoodie, and, inexplicably, no legs or arms – wields no nostalgic charm whatsoever.

Why, then, is everybody so excited about Michel Ancel’s intimation that he wants to make a Rayman 4? Why has this uninspiring mascot stuck around nearly as long as Mario and Sonic? I’ll tell you why. It’s because everything we understand to be a Rayman game, bar that cypher at the centre, has changed completely on more than one occasion.

The original Rayman was a huge success, becoming the best-selling PlayStation game of all time in the UK. You can see why: it was colourful and packed a punch, and did so on a console that did not yet have Crash Bandicoot as its mascot. But it seems unlikely a game like that 1995 original would replicate that mainstream success today. Its closest contemporary is no Rayman game at all, but Cuphead: another platformer whose friendly cartoon exterior conceals a barely-repressed menace. 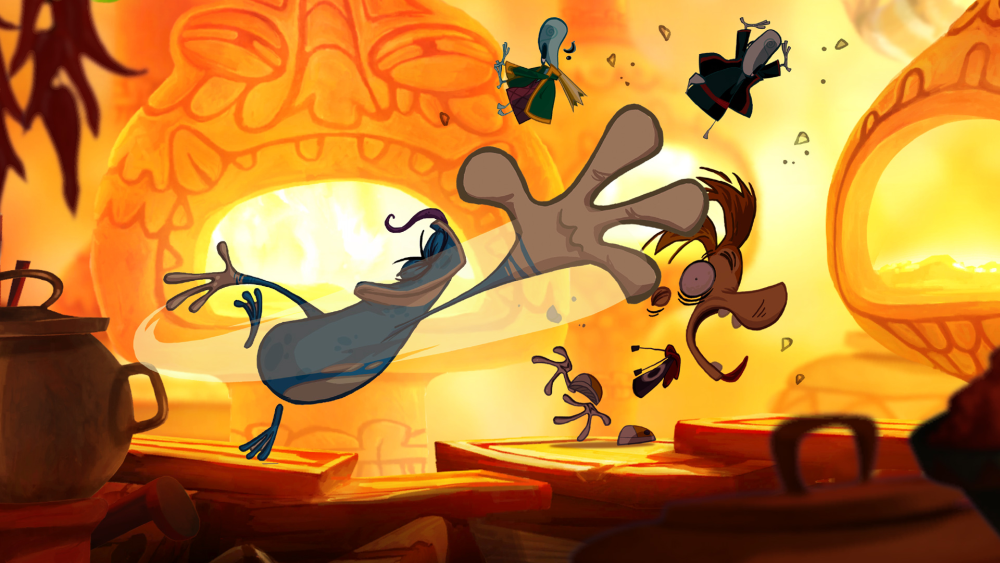 Oh yes, if you haven’t played it, the first Rayman game is no soft cookie. Its first levels, in which you frolic amid dancing flowers, build to teeth-grindingly tough boss fights and unforgiving pattern memorisation sequences. When tasked with starting the series again, from scratch, with 2011’s Rayman Origins, Ancel and team wisely took a different tack.

Origins adopted the structure of the Wii’s 30-million-selling New Super Mario Bros. and dropped the precision platforming for momentum. To master one of its levels is to gleefully propel yourself forward, pausing only to biff a Livingstone – jungle explorer types reminiscent of Tim Curry’s Nigel Thornberry – in the face. In fact, Livingstones are one of the few elements of Rayman 1 cherry-picked for inclusion in Origins, alongside the slapstick THWACK of that fist.

Rather than punish failure, Origins rarely forces you to replay more than a screen, recalling the micro-challenge philosophy of the best ‘00s indie platformers – N+, Super Meat Boy, and VVVVVV. These games were tricky, yes, but their generous checkpointing allowed for a hyper-accelerated mastery. The standout memories many 2D platformers leave you with are frustration and relief; Origins players will tell you instead about the sensation of barreling ever onward. 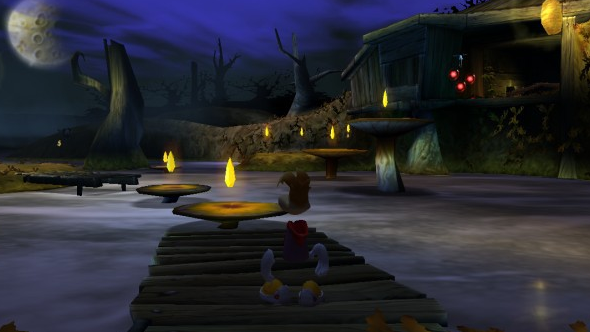 The 3D Rayman games leave a different legacy altogether. It might be best to think of Rayman 2 as the progenitor of Ancel’s Beyond Good & Evil: an oddly atmospheric adventure with a surprisingly coherent world. In The Great Escape, as it was subtitled, steampunk pirates invade the Glade of Dreams, a place that practically hums with spiritual energy. Ancel games often cast you as a protector of the natural world, and here his French whimsy was in full effect.

A sequel, made without his help, traded that in for a wisecracking, Dreamworks-style script. Played today, with the dialogue turned down to zero, Rayman 3 just about passes as another of Rayman’s mute comedies – but it is small wonder the series took a long pause afterwards.

Perhaps Rayman has reached that point yet again. Rayman Legends capitalised on the strengths of Origins but, perhaps due to its extended development, felt bloated. Ancel’s talk of a “fourth adventure” – in a distant future, beyond the barely-begun development of Beyond Good & Evil 2 – suggests yet another series reset. And we should welcome it.

For all of the elements of Rayman that are perpetual: its slapstick humour, laidback supporting cast, fondness for music, and development team in Montpellier – there is no formula. There is as little connecting tissue between Rayman’s games as his bizarre floating body parts. He has always been at his best when reinventing himself.