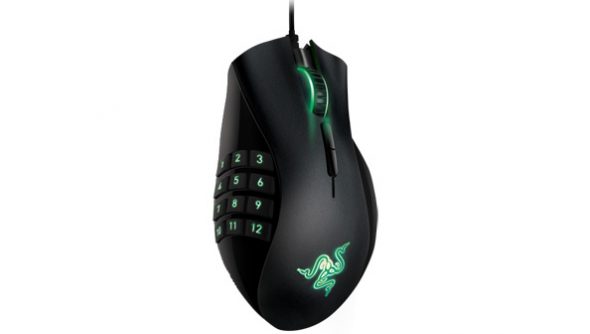 The Razer Naga 2012 is a mouse. Quite a complex and expensive mouse, actually: for $79.99, you’ll get 17 buttons and the ability to store profiles and set up macros for MMOs. Unlike a mouse, though, it’s attached to a piece of software that requires online activation to install. And lately, Razer’s activation servers have been down for long stretches at a time, rendering new Naga 2012s usable only as standard plug-in-and-play mice. For $79.99.

Amid this mess, Razer CEO Min-Liang Tan has spoken to confirm that activation servers will be “sorted out”, and to defend his software: “Synapse 2.0 is NOT DRM. Our products work perfectly well out of the box without Synapse 2.0.”

“We invented onboard memory for gaming mice many years ago and called it Synapse to allow gamers to bring their profiles with them on the go,” said Tan in a statement picked up on Team Liquid. “However, we realized that we ran into another issue where we had to keep increasing the amount of memory onboard to provide for more storage and this resulted in higher and higher prices for gamers.

“We then invented Synapse 2.0 where we could provide almost limitless amount of storage for profiles, macros, etc in the cloud as opposed to being limited by physical memory. We wanted to avoid raising prices to gamers for higher memory space onboard (think about it like having to buy bigger and bigger hard drives as opposed to having all your storage on the cloud) and provide a much better service for our users.

Synapse 2.0 is “not DRM”, says Tan. He draws a distinction between DRM, which punishes the user by taking functionality away, and his software, which provides “ADDITIONAL functionality of almost limitless memory in the cloud”.

“Our products work perfectly well out of the box without Synapse 2.0,” Tan continued. “We recognize that gamers will want to be able to use their gear without an online connection, and that’s why Synapse 2.0 has an OFFLINE mode. Basically you have to register, create an account, save your initial settings and if you so prefer, you can stay in offline mode all the time without going online.

“I realize that we have had issues with the activation server, and we’re making sure we get that sorted out,” he added.

The initial complainant at Overclock claims that no internet activation was mentioned anywhere on the mouse’s box. Have you had trouble with Razer’s servers or – god forbid – attempted to set up your mouse without a connection? Let us know your thoughts.