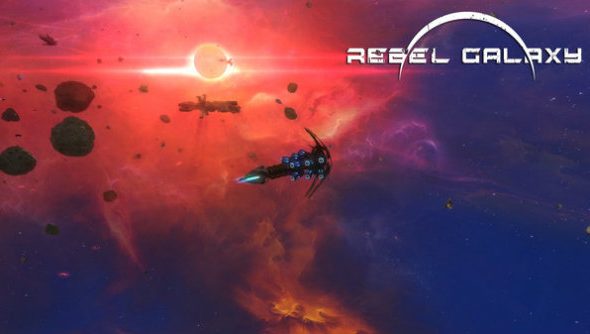 You get a really strong sense of personality from the trailers for Rebel Galaxy, no doubt because of that tone-setting soundtrack. It’s all very Firefly. The Wild West vibes are real, but this is a different kind of frontier.

Like space? Here are the 15 best space games on PC. Mmmm, space.

Using combat, exploration, trading and diplomacy, Rebel Galaxy looks a bit like a modernSid Meier’s Pirates! But, you know, in space.

You won’t be tracking targets like most space shooters here, instead lining up your capital ship to take aim at the enemy ships with your broadside cannons.

I’m a sucker for swirling, colourful galaxies in games, and Rebel Galaxy looks to deliver plenty of stunning stretches of space, its spectacle heightened even more when the screens bursts with fire from the battling ships.

Watch the launch trailer below to marvel at the pretty lights:

If that looks like your sort of thing, you can pick it up with a 10% discount on Steam or GOG.