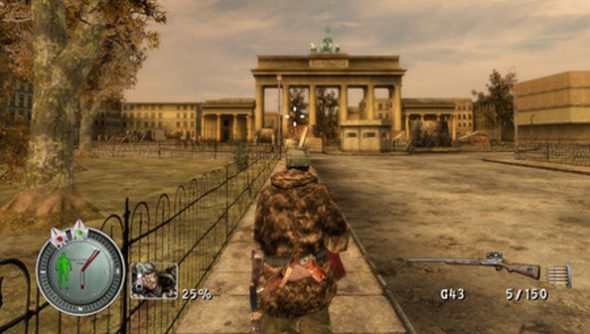 Gamespy’s server middleware was as common as low-res debris in PC games of a certain period, hosting the multiplayer components of games like Neverwinter Nights, Sniper Elite and SWAT 4. This month, however, new owners Glu have turned off the lights in all of those games – and the first thing Sniper Elite developers Rebellion heard of it were the screams of anguish from their forums.

“First we heard of anything were some irate fans getting annoyed with us about the original Sniper Elite multiplayer servers being down, and I mean very annoyed,” Rebellion co-founder Jason Kingsley told us. “We looked into it and found out there was no technical issue, the servers had just been switched off.

After Rebellion “finally managed” to contact Gamespy, the developers were told that the company had switched off servers that were “no longer being used”.

“We pointed out that they obviously were being used and that we had been paying a modest annual amount to keep them running for our older titles, and that at least it would have been a good idea to at least pre-warn our fans that this was happening,” continued Kingsley.

“The amount it would cost to keep the servers running now would be prohibitively high for us, and rewriting the code would also be expensive for us even if we could figure out how to do it in such old code.

“Sometimes things do come to an end, but usually communication of that fact beforehand is the best and most proper way to handle this sort of situation.”