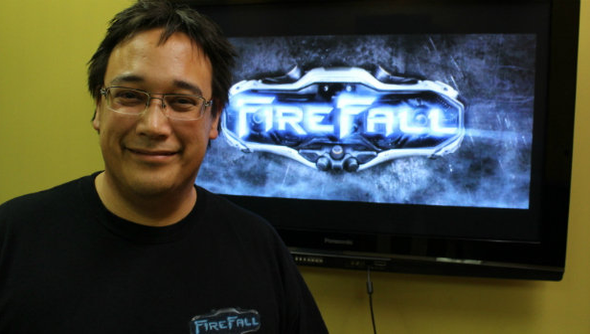 Mark Kern is no longer the CEO of Red 5, the developer of Firefall. Meeting on 19 December, the company’s board of directors voted to have him replaced as head of the studio. An official replacement has not yet been found but the vice president of development, James Macauley, will become acting CEO until then.

“My fellow Red 5ers,” begins a letter from Macauley that was emailed to the studio’s staff and forwarded onto Gamefront. “Today, the Red 5 Studios Board of Directors met and after deliberation have decided that Mark Kern will no longer be the Chief Executive Officer or on the Board of Red 5 Studios. Effective immediately Mark will no longer have any authority to act for or on behalf of Red 5 Studios.

“As one of the founders of Red 5 Studios and our leader for many, many years, we owe Mark a great deal of appreciation for all that he has done to help build this company and to set the vision for an incredible new game. I am personally grateful for my relationship with Mark and the many years I have worked with him.

“This is a major change to our company. Your managers and I will set to work to cover any and all areas that Mark was directly handling and we are continuing to solidify the plan for 2014. I assure you that we are and will continue to be here to serve and support each of you.

“We will be holding a team meeting to discuss this topic at 11:15 a.m. tomorrow but I wanted to make sure you were officially informed of this significant change to your company.

“Please grab me or any of the managers at any time or give us a call if you would like to discuss in private.

“Please refrain from discussing this topic outside the company.”

Recently, Firefall’s development’s been far from easy. The game’s PvP was taken offline while the team brought it up to standard and the studio was decimated by layoffs (literally 10% of staff were let go).

We’ll likely not learn the full reasons for Kern’s dismissal but fingers crossed that out of it we see Firefall’s development get back on track. The game entered open beta earlier this year and has been taking money from players since even earlier in closed beta. If the game were to fail that would mean a lot of peoples’ money had gone to waste.