I’d hazard a guess that every single person who played Red Dead Redemption 2, at some point during their journey through its gorgeous hinterland, has had at least one experience that stuck with them long after the game’s closing credits.

I’m not talking about the standout moments of character drama from the cast, or even the quiet moments of character texture – the hushed personal regrets floating over plucked guitar strings and the crackling of campfire logs. I’m thinking more of the smaller details that elevated its broad simulation into something that, even if it never made you forget it was an illusion, at least made you smile at the lengths gone to convince you otherwise. For me, it was the opossums.

When you meet an opossum in Red Dead 2, you see, the noble trash landlord will actually play dead. It’s not just a case of staying still, either. As if gifted with the knowledge that the large, be-hatted ape trying to skin it for peach money is actually a totally different ape playing a videogame, the opossum will genuinely mess with your brain for a few moments by showing you the same contextual button prompts you’d get with a genuine carcass, like some sort of deranged marsupial Psycho Mantis. The opossum has reached through the screen, seen your mind, and made you look like a prick. Hats off.

Red Dead Redemption 2 loves nature. It’s not just the opossums. It’s the way bucks sharpen their antlers on trees, or can get them tangled while sparring. The way foxes dive in the snow looking for food. Animals will play with each other, hunt each other, and eat each other’s leftover carrion. 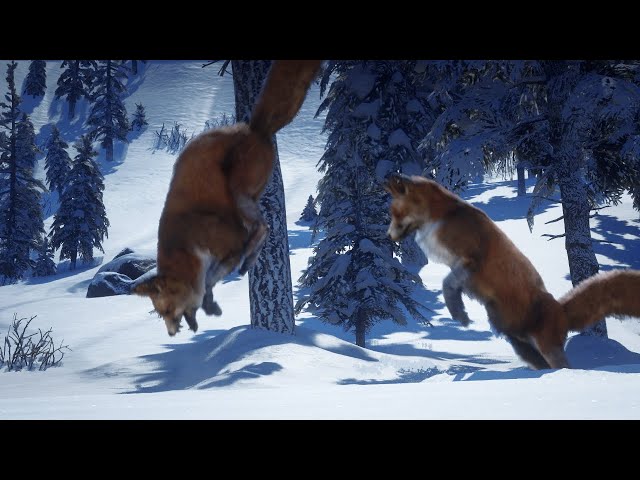 As I say, it clearly cherishes nature, but it also loves – needs – content. And this is why, when I logged into Red Dead Online last night to grind some gold bars, I checked my daily challenges, and got these two: “Trample ten animals” and “Shoot ten birds.” Red Dead may love animals, but when it comes to working out how to utilise them for stuff to do, it seems like it’s only really got a few options.

More like this: The best open-world games on PC

To be clear, I don’t think this is the game deliberately giving a big fat thumbs up to the concept of slipping on your Doc Martens for a blissful afternoon kicking the faces off unsuspecting badgers, jigging your rootin’ tootin’ way down that long, dusty trail and leaving a menagerie of battered critters in your wake.

It’s less a statement than a byproduct of an online service game that exists in the shadow of financial behemoth GTA Online trying to, quite literally, use every part of the buffalo. There’s only so many ways you can incentivise players to interact with anything in a game that is, first and foremost, a third-person shooter.

The recently added Naturalist role, of course, did solidify a bunch of activities that were already popular player pastimes anyway. Photographing and tracking animals is now rewarded, and we’re also given the option to tranquillise them and take samples. To fill in an animal’s entry in the field guide, though, you’ll still need to kill and skin them. For completionists, there’s no real choice here. 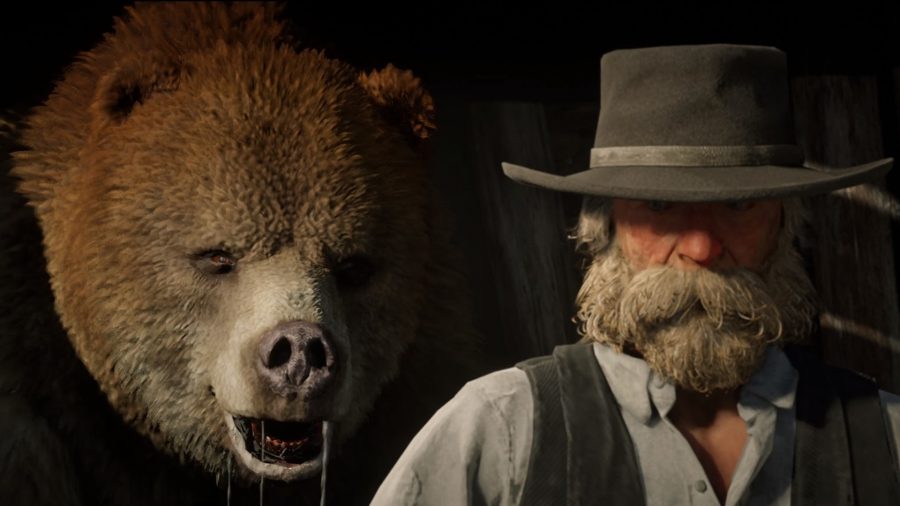 Yes, playing Monster Hunter World makes me feel guilty as sin, despite being one of my favourite games. And no, I don’t eat animals IRL. But I’m less interested in prescribed morality here than I am in tension between design priorities. Thing is, I think Red Dead recognises this tension, and has even called attention to it recently.

This wouldn’t be the first time Rockstar has nodded to player habits, either. GTA V’s anarchic Trevor Phillips was a clear analogue

Red Dead Online’s Naturalist role kicks off with a cutscene that effectively sets up a dichotomy between the two approaches players can take to interacting with its wildlife. On the one side, there’s Harriet Davenport, a curious nature lover heavily hinted to be a student – or at least devotee – of Charles Darwin. On the other side, there’s good ol’ boy Gus MacMillan, who rewards you with cash and, to be honest, some pretty snazzy duds for bringing him animal pelts. They’re an on-the-nose devil and angel, one for each shoulder.

This wouldn’t be the first time Rockstar has nodded to player habits, either. GTA V’s anarchic Trevor Phillips was a clear analogue to those fuck around sessions we’ve all had in the series, passing the controller between mates, seeing who can survive the longest on a five star wanted level. Trevor’s shadow was always there, the fifth game in the series just went and made it canon. 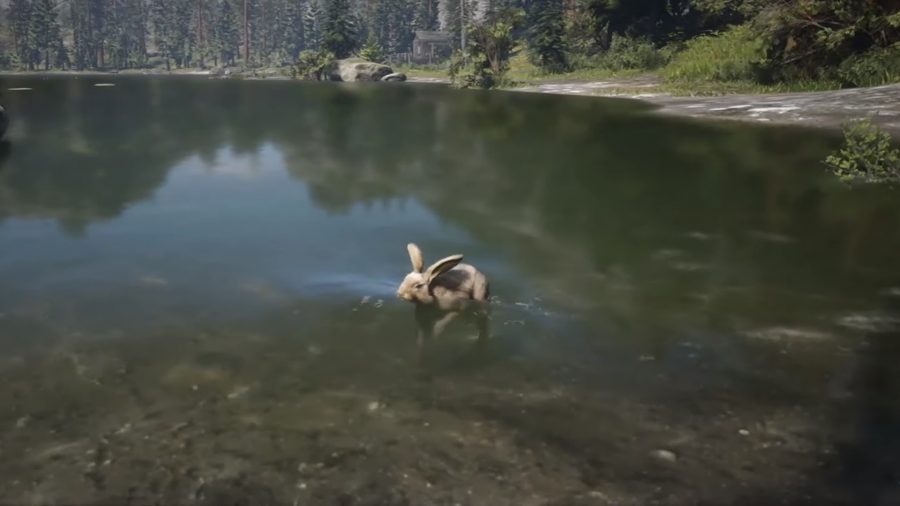 Red Dead Redemption 2’s story, which presents itself as a Fin de siècle piece for the folk figure of the American outlaw, can just as easily be read as a tone poem mourning the encroach of mechanisation and civilisation on the natural world. Maybe – as the nihilism of GTA’s writing would suggest – the game is just somewhat embarrassed to care about anything as much as the care it puts into recreating nature would suggest, and needs to leave a slapstick get-out-clause in its gameplay. And as I said earlier, maybe it’s just about content. Giving you stuff to do.

Looking for adventure: The best action-adventure games on PC

I’m not sure the game needs to take a stance. But like Arthur Morgan struggling to reconcile the man he was with the man he wants to be, it feels like enough of an internal conflict to be noticeable. Red Dead Redemption Online – you’re alright, boah. Just maybe give me the option to feed the birds instead of only shooting them.