Imagine if Ubisoft tweeted an image of their own logo and we all went rabbid for it. Wouldn’t happen. But such is the cachet of the Rockstar name, and so infrequent are their games, that we’re doing just that for them.

Related: everything we know about Red Dead Redemption 2. Or whatever it’ll be called…

Rockstar’s tweet yesterday saw their singular R set into a blood-red background that all-but-confirmed the primary-coloured sequel we’ve been waiting on – Red Dead Redemption. But what might its full title be? And what implications might that have for its direction?

If you’re now thinking, ‘Red Dead Redemption 2, obviously’, please report to Fun Police Academy for graduation. Welcome to the force. The rest of you, please join us for silly speculation.

At the time, Rockstar had to go big. Back in 2010, Red Dead needed to be an open-world game – to draw attention away from their merely perfunctory swinging saloon doors. Sure, they pushed back on their hinges readily enough, but now we have the technology to do it right.

For the past half a decade, Rockstar San Diego have dedicated their energies to simulating a single waist-height gate – concocting physics algorithms that handle the conflicting influences of rust, warped wood and air resistance on the swing of the quintessential frontier portal. Sigh in appreciation of perfectly realistic yaw as you steer Marston through the hatch, over and over, because that’s literally all the Red Dead sequel is, just a saloon door swinging backward and forwards forever. Enjoy it.

The Old West is hopelessly outgunned by a mechanised incarnation of John Marston, who uses his newly and inexplicably acquired cyborg ninja skills to exact justice.

Somebody in New York wanted to get in on the software market. So long story short, what we’ve got here is basically an Abobe Acrobat competitor that opens .PDFs with a gunshot noise.

You spoke, they listened. Rockstar have painstakingly updated every art asset and dialogue .WAV file from 2004’s seminal Red Dead Revolver, ready for a revitalising 2017 release.

What? You all played Undead Nightmare. You said you liked the zombies. That got back to marketing and, well: welcome to Bleakwater. 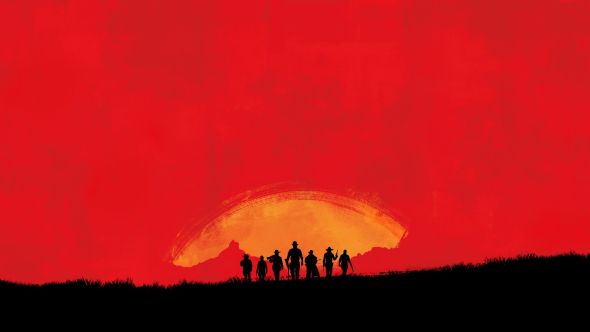 For 80 hours, John Marston wanders the desert, much as he did in Redemption. The day-night cycle is sublime, but something about the facial animation is off. Almost… simian. Eventually he recognises the contours of a nearby mountain and it all becomes blindingly clear: it’s Chiliad. Tap Q to goddamn them all to hell.

Taking the open-world formula that established the series with its original audience, Renaissance paints the IP in 14th century Europe and sees Marston as a time-travelling assassin caught up in a centuries-long feud between ancient sects. You get the games industry you deserve.

‘Look, straight up, there was an issue with our last batch of Undead Nightmare discs,’ reads the heartbreaking press release. ‘Any customers with defective copies will be fully reimbursed.’

Have suggestions/hot tips from unnamed sources of your own? Let us know in the comments below.