It’s Christmas time in the Wild West of Red Dead Online. That means Rockstar is ringing in the festivities with some seasonal content alongside the usual tidings you get with the western game’s weekly update.

Besides the snow, you can also head to a Moonshine Shack and take in the festive decorations and holiday-appropriate music from the band. It turns out Jingle Bells doesn’t sound too bad on a banjo after all. There’s also a free skin for the Repeater weapon, and I’ve seen some people say on Reddit that you can get the Krampus shotgun skin from last year, too. It’s chilly out there, so Rockstar is throwin’ you a free coat to boot.

The legendary weekly hunt is a good ‘un, too. This time around you’re going after “Shepherd” Virgil Edwards, the leader of a sect cult who believes humanity is about to face its final reckoning – oomph. To kick things off, you have to head to Roanoke Ridge to get some information out of his followers at various campsites. Part of me was expecting a Christmas-themed hunt around bringing an outlaw to justice who was nabbing presents, but this one is still good, too, I suppose.

Rockstar usually puts out an official roundup later in the day, but the content always goes live beforehand, so no one really waits. Think of it like waiting for your parents to wake up before unwrapping presents on Christmas day.

If you’d like to see Red Dead Online’s Christmas update in full flow, you can check out the video below: 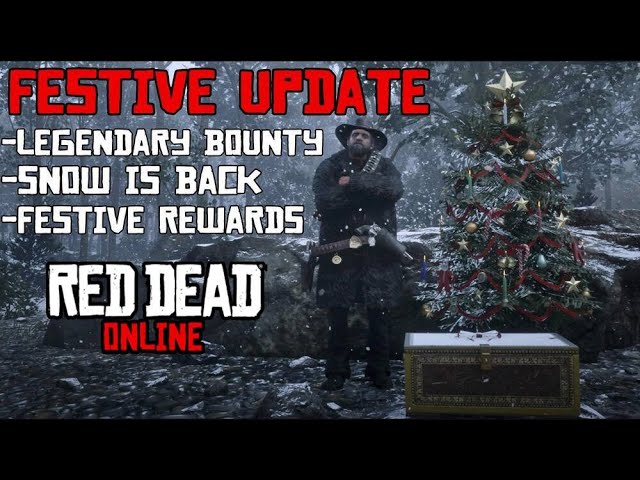 If you’re looking for more open-world games to try over the festive break, you know where to click.