How do you take photos in Red Dead Redemption 2? Along with the PC release of RDR2, players are also getting a brand-new photo mode that allows you take pictures of your all the spectacular wild west scenes, whether that be pulling over in the Grizzlies to take in the view, snapping your legendary animal hunt, or preserving memories in the Van der Linde gang campsite.

There’s so much to admire in Red Dead Redemption 2 and now the PC version arrives with photo mode to help us soak it all up like a good soup-dunking sourdough. Originally, on the console version of the game, the only way to take pictures was by using a tired, if not authentic, in-game polaroid camera that you would have to manually take out of your inventory to capture a moment. This camera was also pretty easy to miss, as you acquire it as part of a side mission in Chapter 1 called ‘The Noblest of Men, and a Woman’. So, if you still want to take pictures the old fashioned way, look out for this side quest.

With faster framerate, widescreen support, multi-monitor support, and 4K resolution coming to PC, it’s fair to say a polaroid camera won’t do the game justice. Now photo mode has arrived in Red Dead Redemption 2, here’s everything you need to know.

How to use photo mode in Red Dead Redemption 2

Photo mode in Red Dead Redemption 2 can be accessed at any point in the story, allowing you to capture any moment you want. Still in keeping with aesthetic, you can add period filters and even experiment with contrast, exposure, blur, and focus.

The camera is easy to use and detaches from Arthur becoming drone-like, so you’re able to zoom in and out, and free-roam, exploring the area around Arthur in search of a more interesting subject – and then you can swivel back round and orbit Arthur to get some manic train robbery shots, some drunken saloon selfies, or a wholesome wagon ride into town. 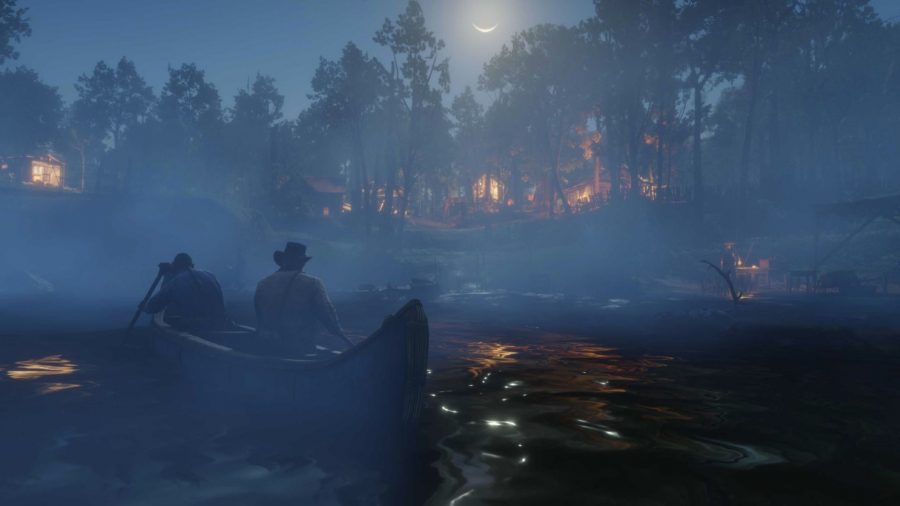 We’re sure to see some amazing photos emerge from Red Dead Redemption 2 photo mode, from riding out with the gang, to sleepy scenes around the campsite.

It’s exactly what Red Dead Redemption 2 needs to compliment the beauty and graphics of the PC launch.