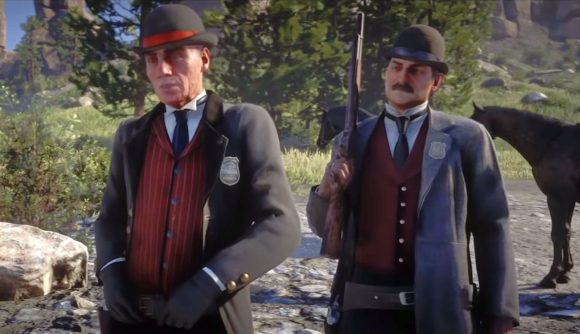 March 12, 2019 The cease and desist claim against Red Dead Redemption 2 has been dropped.

Red Dead Redemption 2 publisher Take-Two Interactive has confirmed that the claims made against the game by Pinkerton Consulting & Investigation company have been withdrawn. In a statement to gamesindustry.biz, Take-Two said that as a result of the withdrawal, it has dropped its counter-case against the company.

Pinkerton’s initial claim was made in December 2018, when the company made a claim for royalties from Take-Two and Red Dead Redemption 2’s developer, Rockstar Interactive. The complaint was based around the game’s use of the Pinkerton Detective Agency as a narrative device within the game. Pinkerton agents feature in the game as antagonists due to their investigation of the Van der Linde gang, something that the agency also objected to.

In response, Take-Two issued a counter lawsuit against the Agency, saying that they “cannot use trademark law to own the past.” Now that Pinkerton has withdrawn its demand for royalties, that counter-suit has now been withdrawn.

According to the original legal filing (via the Verge), the Pinkertons sent Take-Two a cease-and-desist notice on December 13 and demanded royalties, “apparently hoping to profit from the recent success of Red Dead 2”. Take-Two says they are ignoring “well-established First Amendment principles” that protect expressive works from exactly such claims, and that they “cannot use trademark law to own the past.” 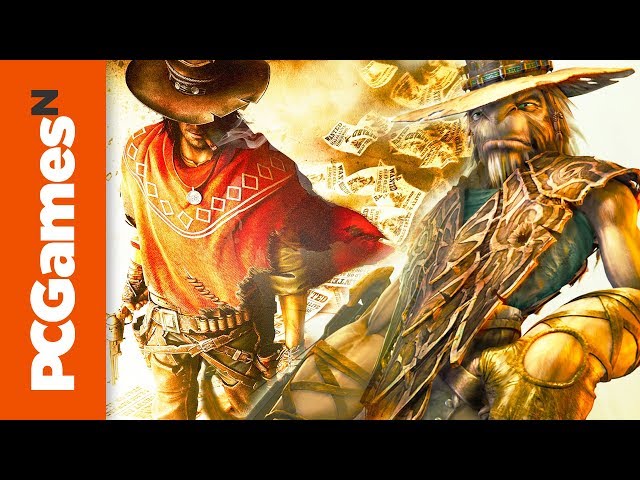 The Pinkerton National Detective Agency – now simply known as Pinkerton – is, as you might guess, a private detective agency. It was founded in Chicago in 1850, and as Take-Two says, “played a key role in the history of American law enforcement and the taming of the Wild West”. Pinkerton agents were employed by the US Government to enforce federal law and hunt down fugitives, such as Jesse James, and Butch Cassidy and the Sundance Kid.

Take-Two claims that, “because of their centrality in the zeitgeist of the American West, Pinkerton agents have long been a staple in works of historical fiction”, and that “historical fiction – television, movies, plays, books, and games – would suffer greatly if trademark claims like [Pinkerton’s] could even possibly succeed.”

Related: do things your own way in the best sandbox games on PC

Take-Two also takes the chance to brag about Red Dead Redemption 2’s sales success and critical acclaim, though I suppose that’s not irrelevant to its case. The suit also describes Red Dead 2 as “essentially an interactive film” – a way to explain it to non-gamer judges and lawyers, or interesting admission of the way Rockstar sees its work?