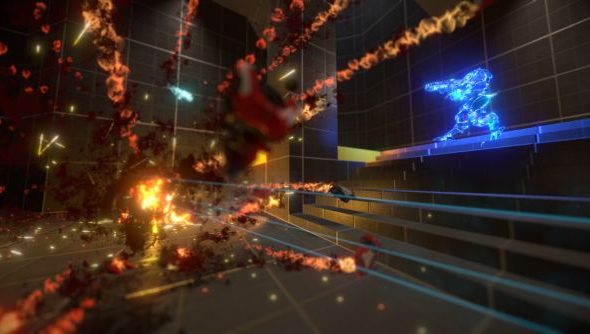 Turbo Pixel Studios have just released a chunky update to their fast paced arena FPS, Reflex, which is still in Steam Early Access. The netcode has been vastly improved, and a new custom UI and HUD system has made its way into the game. Also, over 200 community made maps are now at players fingertips too.

It marks the game’s transition from pre-alpha to alpha, and along with the update, Reflex will be 50% off to celebrate for the next week.

It’s still very early days for Reflex, but it does look like it has some promise. It’s fast, colourful, and most importantly, modding friendly; something that Epic Games’ next iteration of Unreal Tournament understands all too well.

Check the next page for those juicy patch notes.