Resident Evil 2 is probably the best remake ever made. That’s high praise, but it is absolutely warranted: Capcom has created exactly what you want out of a remake. This is the story, world, and characters that you remember, but built from the ground up in a modern engine, and using modern gameplay mechanics. This is no halfway house remaster; this is what everyone wants from the Final Fantasy VII remake, but applied to one of the 1990s’ greatest horror games.

The E3 playable demo is short, but demonstrates the two greatest strengths of this remake. The Raccoon City Police Station is exactly how you remember it; an almost gothic labyrinth of passages, with secret routes that require medallions to access them.

After some more scary action? Here are the best horror games on PC.

It is, once again, Leon Kennedy’s first day on the job, and he makes progress through his dreadful career start in a slow, deliberate manner with extensive use of cautious room exploration and puzzle solving. But all of this is rendered in the Resident Evil 7 engine, and played from Resi 4’s over-the-shoulder perspective. As such, the game looks stunning, and arguably plays better than the series ever has.

It’s also perhaps the nastiest of the series. Resident Evil 7 refocused the series’ lens on a more grisly form of horror, and that’s present in the new Resident Evil 2, too. Everything feels more authentically styled as is showcased by how real and worn Leon and his RPD colleagues look. As such, when the horror starts, it gets nasty quickly. 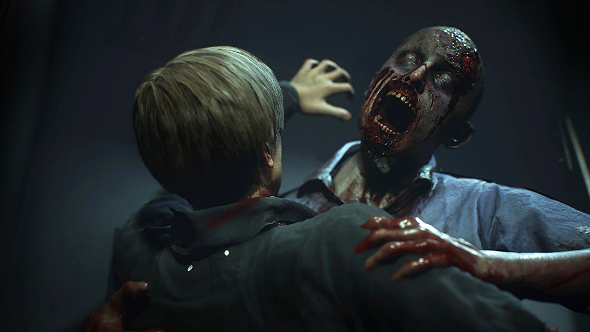 If you were there in 1998, you’ll remember your first encounter with a zombified Raccoon City police officer. It was terrifying, partially because tank controls meant it was no fun to fight a shuffler at all. In 2018, the same zombie encounter is equally terrifying, and in all the right ways. Each bullet from Leon’s handgun tears chunks of dead flesh out of the corpse, causing great gushes of blood to leap from the wound. Its face deforms with each repeated headshot, before it collapses in a mushy heap, hopefully now properly dead.

The remake pulls no punches with the viscera and nastiness. Later in the demo, Leon discovers a dead officer who has had his face practically torn in two, and as he moves the poor guy’s head, the wound slowly falls open from jaw to ear, revealing glistening wet and upsettingly detailed tendons and severed muscle. Where the original required us to fill in the blanks between its primitive polygon count, the remake of Resident Evil 2 can show off Capcom’s world in a manner that the team back then likely originally envisioned. 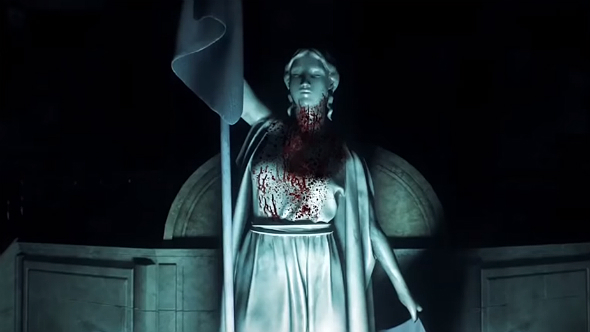 For those who cherish their memories of 1998, the Resident Evil 2 remake will no doubt prove an instant success: who wouldn’t want a favourite of the past resurrected in such a manner? It is a remake made with the love, attention, and respect that players have been demanding from HD remasters for a decade, and seeing what Capcom has done instantly throws many other developers over the sidelines.

For anyone who doesn’t have that nostalgia, Resident Evil 2 is simply another terrific horror game, albeit with some old-school design. There’s absolutely no question that when it releases in January 2019, a new generation of Resi 2 fans will be spawned within the gore-drenched hallways of the Raccoon City Police Station.