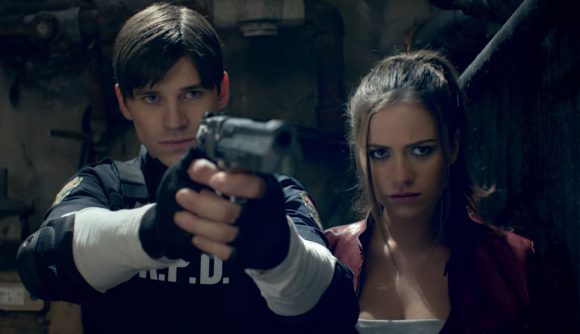 Resident Evil is getting a Netflix series, according to a report by Deadline. Netflix is partnering with Constantin Film, the German production company behind the movies, and the series will “deepen the existing mythology” and “keep the basic premise” that set up said movies.

The film series was a loose adaptation of the zombie horror games, dialing up the action and down the classic horror. The first in particular also had a more sci-fi vibe, being set in a shiny laboratory with laser defences, rather than the grim and gritty streets of Raccoon City. Still, the movies share many of the games’ plot elements and, naturally, feature plenty of zombies getting killed. They are also the most successful videogame movie series ever, numbering six films and having grossed over $1.2 billion worldwide.

Deadline says the Netflix show will “explore the dark inner workings of the Umbrella Corporation and the new world order caused by the outbreak of the T-virus”. It is expected to “incorporate all of Resident Evil’s signature elements, including action sequences and ‘easter eggs.'”

Deadline says the project is only in its very early stages – unsurprising, since it hasn’t been officially announced – and a search for a showrunner is currently underway. We’ve reached out to see if we can get a confirmation of Deadline’s report (by the way, the top image is from yesterday’s live action trailer. Sorry if you missed it and we got your hopes up, but here: have a watch.)

It sounds like Constantin might be envisaging a connected Resident Evil universe, where the TV show fills in around the movies. Perhaps Milla Jovovich will guest star?

Related: see how the remake went in our Resident Evil 2 PC review

The news comes just as the Resident Evil 2 remake releases to the videogame world, and it looks like it’s exactly what fans have been hoping for. As you can see in our round-up of the critics, reviews are positive, including our own – Chris says “Capcom’s remake is a spectacularly gory game that brings a classic in line with horror titles of today, and only at the loss of some of the original’s beloved goofiness.”