I’ve been a fan of the Resident Evil series since the original and I’ve played, completed, and enjoyed every mainline entry, with one major exception: Resident Evil 6.

Released nearly a decade ago to mixed reviews from fans and critics alike, RE6 represented a total departure from the series’ survival horror roots. Its multiple campaigns are schlocky and uneven, the co-op integration leaves solo play feeling like an afterthought, and a complete abandonment of classic features like a merchant or inventory management all combined to sour the experience for long-time fans. The backlash seemed so complete at the time that I chose to avoid it for years. This Halloween, I’ve decided to finally give it a shot.

The sparse main menu, which is reminiscent of an early ’00s multiplayer game, doesn’t instil much confidence. Then there’s a small grumble when I realise that the only way to pause the game is to play the whole thing in offline mode, and thus, alone. Of course I still have an AI partner to help me out, but as is the case in Resident Evil 5, they’re basically just a medic, since every time you go down they’re instantly on hand to revive you.

If having your own personal first-aider doesn’t dent the terror, then Resident Evil 6’s approach to melee will. Nine times out of ten the fastest and most efficient way of beating back a horde is to holster your gun and smack the snarling undead around with exuberant Street Fighter-inspired melee attacks until they’re properly dead. 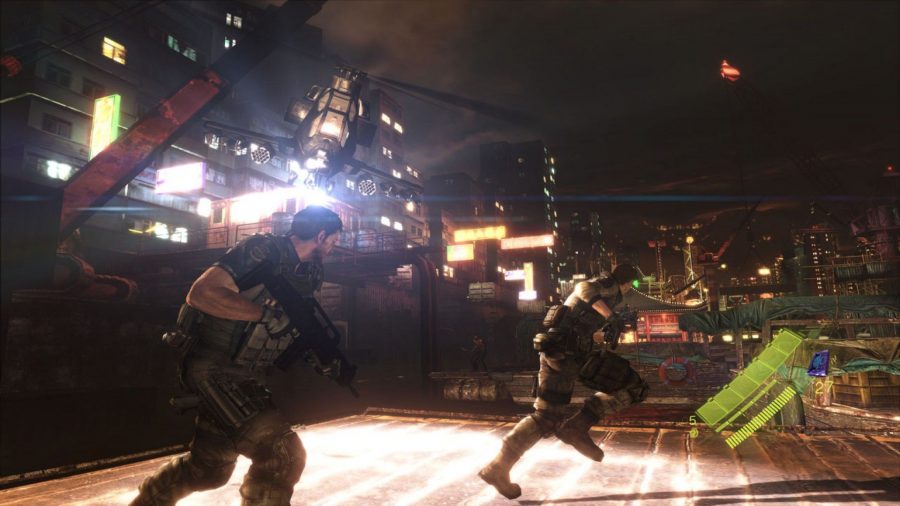 A lot of the fear disappears when the best strategy is to run straight at the zombies and smack them in the face, but Resident Evil 6 goes a few steps further by inventing its own post-apocalyptic, anti-zombie martial artistry. It’s not just decapitating teep kicks and heavy hammer fists either; depending on who you’re playing, you might find yourself emulating WWE greats like The Rock and Rey Mysterio with crunching elbow drops and acrobatic finishers. It’s truly stupid, but an enjoyable spectacle. And not to worry if you get overwhelmed by the flesh-hungry pack, as your personal doctor will get you right back into the fight like any cutman worth their salt.

The problem with all of this, and the reason why Resident Evil 6 faced such a backlash when it launched, is that it’s no longer a survival horror game. Yes, it has some creepy moments, particularly during Leon’s campaign, but all the actual scares have been sucked out. The J’avo enemies, for example, are basically regular gun-toting goons that just happen to be zombified. There are horror elements – missions set in spooky catacombs, grim sewers, and abandoned labs – but RE6 is basically an action shooter with gruesome monsters. It’s such a stark departure from the series’ roots that Capcom arguably overcorrected by channeling pure horror in Resident Evil 7.

That genre shift is why I didn’t bother with Resident Evil 6 despite owning it on Steam for many years (thanks, Humble Bundle). But hindsight is a hell of a thing, and now that Resident Evil has successfully returned to survival horror for two entries on the bounce, it’s much easier to enjoy RE6 for what it is: a really fun action game. The enemy designs are imaginative and challenging, and there’s a little influence from Dead Space in that headshots can sometimes do more harm than good, occasionally prompting simple enemies to mutate into vastly more powerful beasts. And while there’s no survival horror to be found here, Capcom includes the series’ notoriously ridiculous puzzles, ensuring a degree of familiarity. 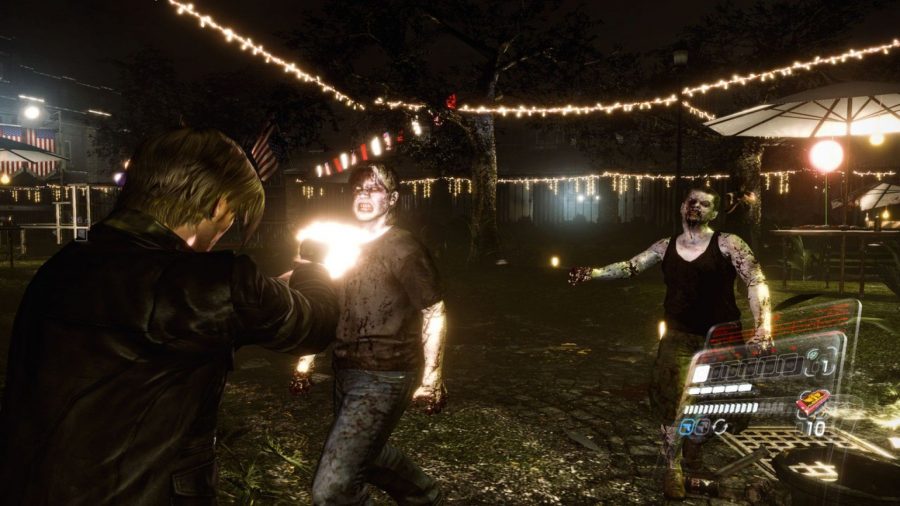 The range of encounters and locations is easily the most exciting in the series, hopping from rooftop chases across apocalyptic cityscapes to Ada Wong’s dramatic escape from a sinking submarine. There’s even a sequence where you sink an aircraft carrier with a fighter jet. The four wildly different campaigns intersect at points, but they mostly tell their own stories in completely different places, and not particularly well, either. I don’t care about whatchamacallit’s sister who’s a plant, or how Ada Wong’s got a murderous clone. It’s unfocused and the broad strokes of the story are utterly forgettable, but there are plenty of set pieces and silly moments that will live long in the memory.

Is it worth revisiting in the wake of Resident Evil Village, or checking out if you’ve never played it? Probably, but only as an action game, not if you’re looking for actual scares. It’s not a terrible game, but it is a terrible Resident Evil game.

You can buy Resident Evil 6 here if you fancy giving it a shot, or check out our roundup of the best zombie games on PC for some real scares.