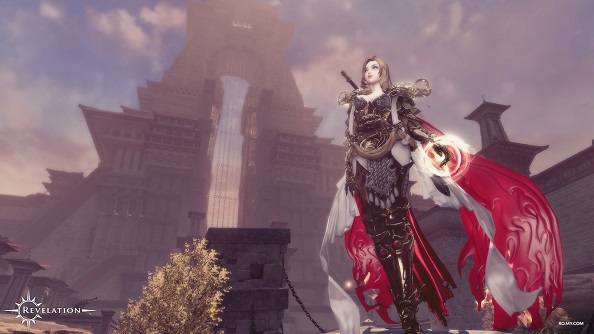 Revelation Online is a brand new, ultra-stylish MMO which focuses on three things; dungeoneering, PvP, and looking good all the while. High fashion is key, and if you’re going to be spending hours exploring the lush world of Nuanor – whether it’s designing fabulous armor for your guild, growing a pair of ethereal wings to explore the world or challenge enemies in aerial combat, or simply taking a relaxing stroll atop your giant cat mount (no, really) – then you’ve got to look the part.

The third closed beta will introduce a slew of new content, including three new PvE dungeons, updates to existing dungeons, and new story missions. Revelation’s PvP modes will also get an update; bringing three arenas, a merchant system, an assortment of solo and team based modes, and something called ‘Death Island.’ Sounds a bit sinister.

We’ve got 2,000 codes for the third closed beta to give away, which starts on January 19th and lasts until February 2nd, and all you need to do to win a key is enter using our widget below.

Upon winning a code, you’ll need to head to https://ro.my.com/en/about to create an account and redeem you code. If you’ve already participated in the previous closed beta, you’ll be able to carry your pre-existing character over into this closed beta.