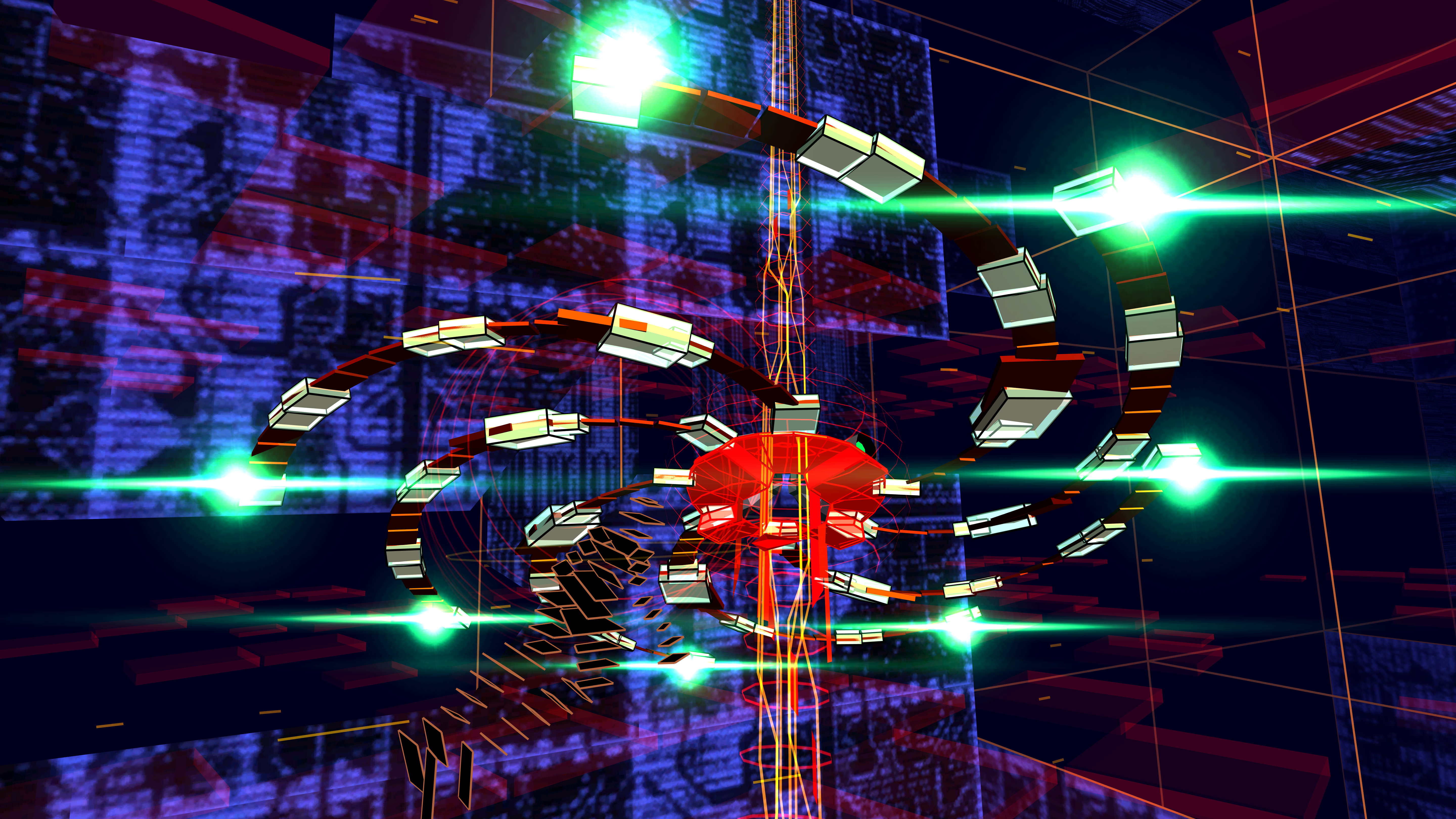 For the 16 years since it launched on Sega’s Dreamcast, the brilliant Rez has been a console exclusive, appearing on Xbox 360 and PlayStations 2 and 4, where its PSVR version is a genuinely compelling reason to get yourself a headset. And now, finally, we get to see what all the fuss is about, because Rez is on PC.

Rez Infinite on PC is the latest version of a classic. Wander down memory lane with the best old games on PC.

Ready for yet more good news? We’re getting the latest and greatest version of the game, with true 4K visuals, 60 frames per second, and up to double the texture resolution of even the PS4 Pro’s version of the game. It’s also compatible with Vive and Rift, if you’ve made the leap into virtual reality. We get support for the Rift and Touch controllers, plus mouse and keyboard, naturally. Other new features include a viewing mode, which allows you to pause and photograph the game in all its glory.

Of course, if you’re a PC or nothing kind of person, you may not know what Rez is at all. It’s a musical rail shooter, in which electronic music synchronises with player-triggered musical cues to immerse you wholly in the experience. Its creator, Tetsuya Mizuguchi, says his goal was to make you feel synaesthesia – a phenomenon in which a sensation in one sense triggers a sensation in another.

Speaking of which, if you’d like to learn more about Rez’s journey to our platform, check out Ben’s interview with Mizuguchi.

To celebrate its launch, Rez Infinite is 20% off for the next week. If you buy it during that period you’ll get free DLC with extra content, including a digital soundtrack sampler by Hydelic (with four brand new tracks from the level), a digital excerpt from the Rez Infinite art book, over 20 desktop wallpapers, and a set of original Rez avatars.