If you’re a gamer in 2019 you’ve likely either succumbed to the wave of gratuitous, retina-burning rainbow lights than don damn near every gaming peripheral and part going or you’re hiding in your panic room waiting for all this to blow over. Well, good news if you’re in that second demographic, you might be able to break cover pretty soon as RGB demand is “mellowing out”.

“The demand for RGB is mellowing out a little bit,” a Cooler Master rep tells me over at Computex 2019. “There is still a big demand, last year it was booming and booming, but because everyone went with big with RGB the people that want more of a sleek design may have been a bit neglected, so we’re trying to bring that back.”

The tech show in Taipei was noticeably packed with gaming cases, laptops, and parts for professionals and creators this year, with pure gaming 1337 styling – those plastered with RGB LEDs – taking a backseat to far more modest designs. Cooler Master is doing so with its silence-optimised Silencio S400 and S600 cases.

But it’s not just RGB demand that’s reportedly cooling among gamers. Local governments in China are reportedly slashing subsidies for domestic LED firms, DigiTimes claims. Rather, it will focus its efforts on furthering R&D innovation and patent applications.

A bit of everything: These are the best gaming keyboards

Many LED manufacturers in China expanded their production capacity thanks to these subsidies, which had the adverse effect of causing an oversupply in the market. LED chipmakers reportedly suffered large losses year-over-year due to the heavy-handed expansion.

Even China’s banks are reportedly now wary of lending to domestic LED manufacturers, the report continues. 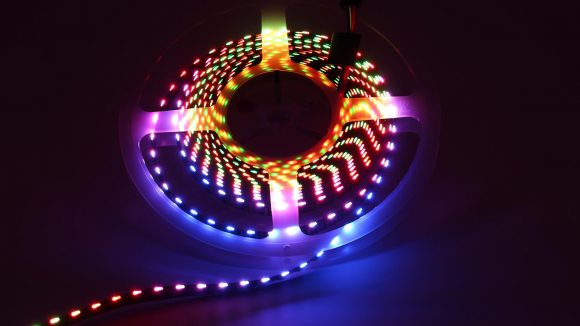 Sanan Optoelectronics has seen a reduction in subsidies from the first half of 2018 to the same period in 2019 of 710 million Yuan. Meanwhile HC SemiTek and MLS saw reductions that same period of around 70%.

Now that LED stock is far from all destined for our gaming rigs – even if it does feel like RGB has taken over at times – and the wider market is sure to reel at the blow to LED manufacturers. While many gaming peripheral manufacturers are sure to have LED supplies enough to last out the apocalypse, part costs on the whole may well increase as a result of the domestic crunch on production.

But us gamers are supposedly all content creators with respectable rigs nowadays, or at least that’s what most manufacturers over at Computex would have us believe. And we definitely don’t have RGB LEDs plastered across our test bench and dangling from the ceiling in the PCGamesN office. Nope, we’re totally professional adults here.