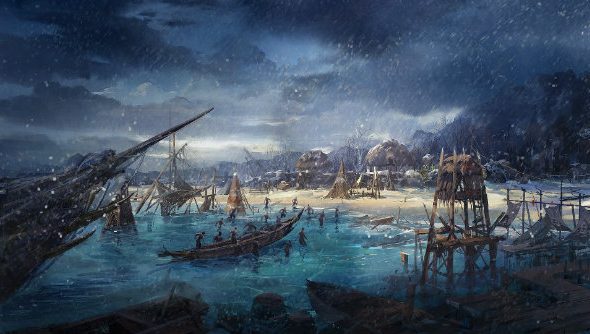 It’s time to mount up – Riders of Icarus, the monster-riding MMO, has opened up its beta to anyone who purchased a Founder’s Pack. This limited beta will run for seven days, before the beta opens up for everybody else.

For more cooperative questing, check out our list of the best MMORPGs.

You can get Head Start access to the open beta by grabbing a Founder’s Pack.

Since the closed beta, WeMade have increased the level cap. Once the open beta launches on July 6, the max level will be level 25, but that’s planned to be upped to 35 in a later update.

For players who achieve these high levels, Parna’s Coast – a snow-covered area similar in size to Hakanas Highlands – will provide a fresh challenge, as well as acting as an area where you can practice youraerial combat skills.

You might have to get a new mount in this region if you want one that can cope with the debilitating cold, though.

More regions will be added in the following months, each with a distinct ecosystem and new mounts. Here are some of the ones that are planned:

There’s a bunch more planned, including expanded PvP, guild alliances, guild battles and a farm for your mounts.

WeMade are also putting a lot of effort into the free-to-play aspect of the game, making sure it’s still satisfying to play if you don’t want to spend any money.

Read about all that and more over on the developer’s blog.