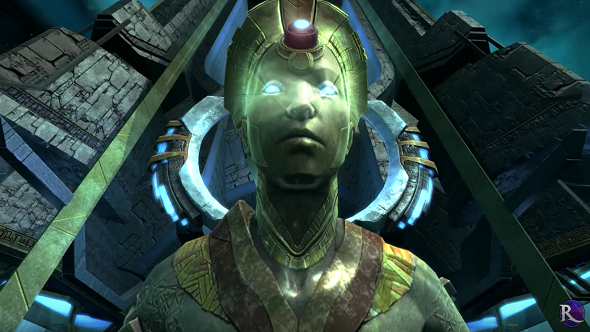 A comet with one of those fantasy names that make you sound like you’re coughing something up is threatening the existence of Telara in a new DLC for RIFT. Five roomy new zones, two deep dungeons, a new level cap, and Fortress Sieges are among some of the activities on offer – enjoy them all under the threat of fiery apocalypse.

For more questing, check our list of the best MMORPGs.

“Starfall Prophecy has been a labor of love for the entire RIFT team, and we’re excited to see how both new and existing players react to the new territories, battles and increased level cap,” said Chris Junior, executive producer on RIFT.

“Starfall Prophecy is a direct response to player feedback, giving RIFT’s large and passionate audience what they’ve been requesting by removing the MTX unlocks that typically went with past expansions, and delivering all the new content at a single price.”

That price is $39.99 for the standard edition, if you’re wondering. Head to the RIFT site to pick it up.

Here’s what you get for that beefy sum:

There’s a trailer embedded at the top of the page if you want an idea of what all that good stuff looks like.